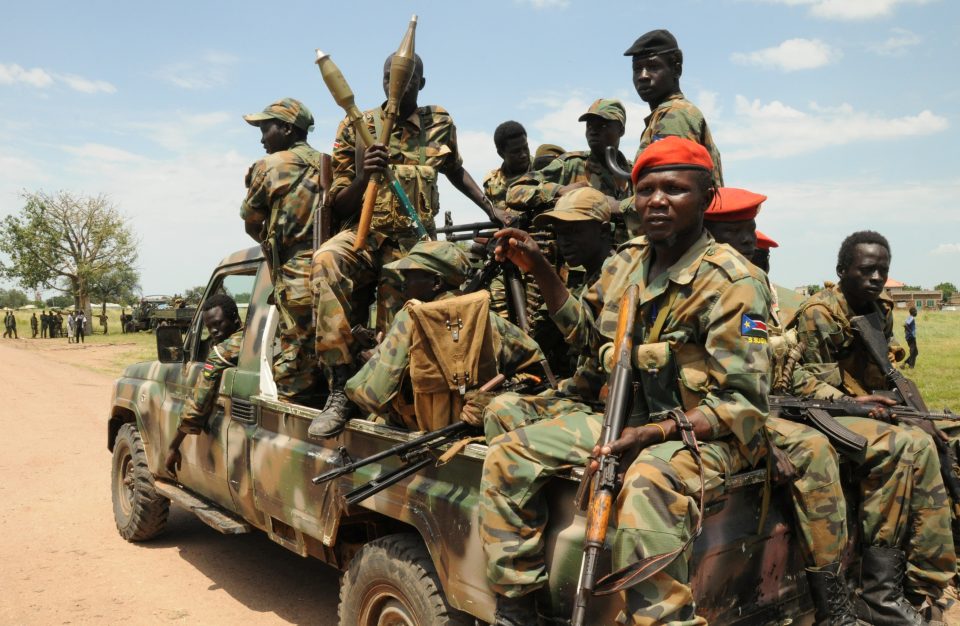 The Nigerian Army has uncovered an illegal oil bunkering depot in Oregun, Ikeja area of Lagos , where siphoned crude oil is refined and transported to different filling stations within the South West .

Five persons were arrested , while four tankers loaded with the refined products and five ford vans, were recovered .

Briefing journalists on the arrest, the Operation Officer, 9 Brigade of the Nigerian Army, Ikeja Cantonment, Major Tarela Emuren, disclosed that the arrest and recovery were made by troops of Operation AWATSE, after an eight hour raid operation at the site, last Wednesday.

He said, “The scale of economic sabotages orchestrated by this unscrupulous act is estimated to be worth about N300 million. Regrettably, these activities have been ongoing for quite some time without the knowledge of relevant government agencies.

The five Ford vans have been specially modified, without due recourse to safety, to accommodate locally fabricated tanks for storage of stolen petroleum products. Additionally, four tankers were also recovered at the illegal depot laden with suspected stolen products as well as several drums, hoses and other equipment used by these economic saboteurs.

“Beside the economic loss occasioned by the activities of these criminals, the safety concern is also worrisome. The location constitutes serious dangers to other law-abiding residents within the community while their activities result in environmental degradation, pollution and heighten the risk of fire outbreak. Also, the crude modification of vehicles used in conveying these highly inflammable products constitute even greater dangers to other unsuspecting road users in Lagos and other places the products may be transported to.

Reiterating the commitment of Op AWATSE to curbing oil related criminal activities within the South West Geo-Political Zone, Major Emuren called on Nigerians to join the fight against unpatriotic citizens , by availing intelligence or information on suspicious activities observed within their localities to security agencies , for necessary action .

He also warned those still engaged in the unwholesome practice to desist forthwith, stating that Op AWATSE would not rest on its oars till they were brought to book.

The suspects and recovered exhibits were handed over to officials of the Nigeria Security and civil Defense Corps,NSCDC