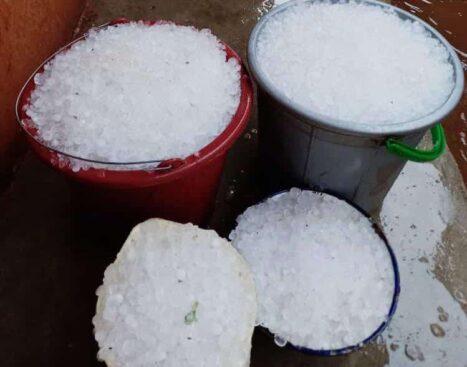 Nguroje town in Sardauna’s local government area of Taraba state witnessed a Europe-like environment when ice poured from the sky.

What residents initially thought was the usual rainfall turned out to be different as the ice dropped for over 40 minutes.

A resident, Abdulrashid Jobbdi, told Daily Trust that was the first time such happened in the area even though ice storms were recorded in the past.

He said residents collected the ice in buckets and other containers. He said no damage to crops or property was recorded because the ice dropped in small seizes.

” All the residents of Nguroje town were surprised because this is the first time ice downpour was recorded in this town,” he said.

Climate change is springing surprises across the world.