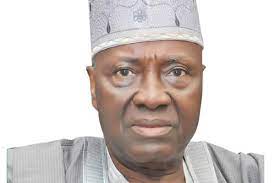 The retired IGP who had been at loggerhead with the Police Hierarchy over the organisation constitutionally responsible for the recruitment of Constables into the Nigerian Police Force was said to have resigned on the grounds of ill health.

In the interim, the second most senior Commissioner in the PSC, Retired Supreme Court Justice, Clara Ogunbiyi, who is representing the Judiciary has assumed duty as Chairman.

When Vanguard contacted the Spokesman of the Commission, Ikechukwu Ani the development, he confirmed the resignation but noted that an official statement from the commission giving details will be issued (tomorrow) Thursday.

Recall that there has been disagreement between the Inspector General of Police, Alkali Baba Usman, and the Police Service Commission over the 2022 Police recruitment exercise for 10,000 Constables.

The Police Service Commission in the month of August opened its portal for the recruitment of police constables for the year 2022 and placed an advert on the recruitment in a national daily.

However, in response to the development, the Nigeria Police Force in a statement by the Force Public Relations Officer, CSP Muyiwa Adejobi asked Nigerians to disregard the advertisement and call for applications.

Adejobi had said, the advert had no connection with the Nigeria Police Force and was not in tandem with the police recruitment process.

The statement read, “The Nigeria Police Force wishes to inform well-meaning members of the public that it has not commenced the 2022 Police Constables Recruitment into the Nigeria Police Force contrary to a publication on Page 21 of a National Daily of Thursday, August 11, 2022, by the Police Service Commission (PSC).

“The police similarly state unequivocally that the advert has no connection with the Nigeria Police Force nor is it in tandem with the police recruitment process, and should be disregarded in all its entirety.

The website to which the publication refers intending candidates – http://www.recruitment.psc.gov.ng – is not associated with the Nigeria Police Force.

“The Nigeria Police Force hereby calls on all stakeholders and intending applicants to discountenance the information in both the newspaper and on the portal as the website is not the official portal for Police Constables recruitment.

However,  despite the stance of the Police headquarters, the PSC recruitment portal for constables into the Nigeria Police has been running with over 60,000 applications received.

Confirming this in a statement last week, Mr Ikecchukwu Ani, the Head of Press and Public Relations PSC said the commission had no intention to abdicate its constitutional mandate to recruit Nigerians into the Police Force.

He urged interested Nigerians to continue to avail themselves of the opportunity to pursue a career in the Nigeria Police Force adding that the portal, which was opened on Aug. 15, would be closed on Aug. 26.

During the regime of former IGP, Mohammed Adamu, the same scenario played out and the PSC Chairman, Alhaji Musiliu Smith, were at loggerheads over which body is allowed by law to carry out the recruitment process.

The commission then dragged the former IGP and the Force to court for conducting the recruitment exercise of 10,000 constables in 2019.

Border Closure, not Targeted against Igbos