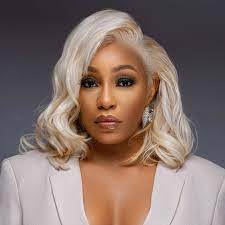 Mildred Okwo, a business partner and friend of popular Nigerian actress, Rita Dominic, has debunked the rumours making rounds on social media that the movie star has been delivered of twin girls.

In an exclusive chat with Daily Trust, Okwo stated that the actress was on a movie set when she took a picture, which made some bloggers believe she is pregnant or had been put to bed.

She said, “You see somebody on set today, and the next day they have twins; I do not understand. If Rita has had a child, would I not send a press release to you guys? Common, it does not make sense. Can you imagine? She took a picture while on a movie set. She posted a picture; she is on a movie set; maybe I should call her to find out if she has given birth.

“It is bloggers that are peddling fake news. Kindly ignore them. If she has a child, there is no way that I would not make the announcement and I will definitely not talk to bloggers.”

Okwo is a Nigerian film director and producer whose films have been nominated and won several prestigious awards in Africa including AMVCA, AMAA, NMA and “Publix du Prix” at Nollywood Paris.

In 2006, after her return to Nigeria, she wrote, co-produced and directed her film ‘30 days’. Many popular film actors in Nigeria performed in the film including Joke Silver, Najite Dede, Genevieve Nnaji, Segun Arinze, Rita Dominic, Kate Henshaw and Norbert Young.

30 days was released in the US on April 30, 2006. It received 10 nominations at the 2008 Africa Movie Academy Awards including Best Art Direction, Best Screen Play, Best Cinematography and Best Picture.

The iconic actress, Rita Dominic, and Mildred Okwo are the founders of The Audrey Silver Company.

Abuja Villagers Drown While Running Away From Terrorists

NCC Position 84 IT Projects To Assists Persons With Disabilities