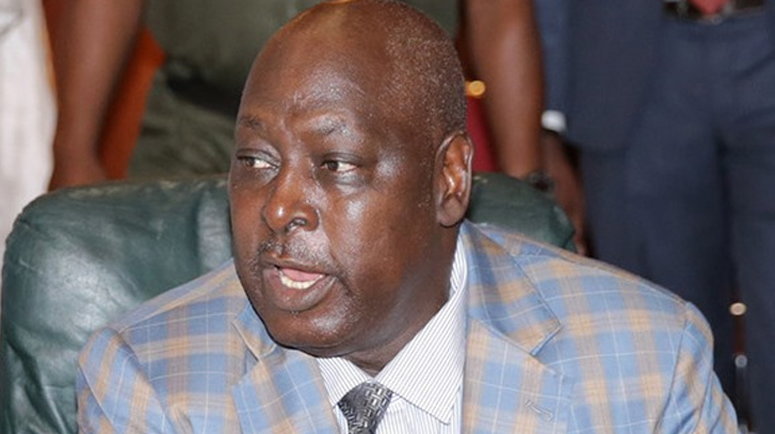 Babachir Lawal, the former Secretary to the Government of the Federation (SGF) has described the deposed Emir of Kano, Muhammad Sanusi II as a hero of the poor, uneducated and the oppressed.

In a letter, he wrote to Sanusi which was made available to journalists said: ”“We lovers of Nigeria particularly the Northern Nigerian ones, have listened to you and are in total agreement with what you say and the way you say it and we shall yet celebrate with you.”

Lawal encouraged Sanusi to find consolation in God in the time of trials and have faith that the masses he speaks for will stand for him and make his future bright.

He told him that good Nigerians are with him and the Northerners also stand by him.

Excerps: “Given the way God does His things, this is only the beginning of good things and His showers of blessings upon you.

“We lovers of Nigeria particularly the Northern Nigerian ones, have listened to you and are in total agreement with what you say and the way you say it and we shall yet celebrate with you.

“You are a hero of all the poor, the uneducated and the oppressed northerners in particular and indeed Nigerians.

“You are hated by the corrupt rich, the educated illiterates, the tribalists, some hardline feudalists and religious bigots, but God is God. Man can only be a tin god for a brief period, wither like the flower.”

“I urge you to reflect on the experiences of two of the country’s past leaders, General Olusegun Obasanjo who was thrown into prison but ended being a two-term President, sitting on the seat once forcefully occupied by his persecutors; and Muhammadu Buhari who was overthrown and banished to a town where he spent more than a year under house arrest; but who nevertheless now sits on the seat once occupied by his persecutors as a second term President.

Biafra Will Get Independence In My Generation – Kanu

PFN To UNN, We Won’t Surrender Enugu To Satan