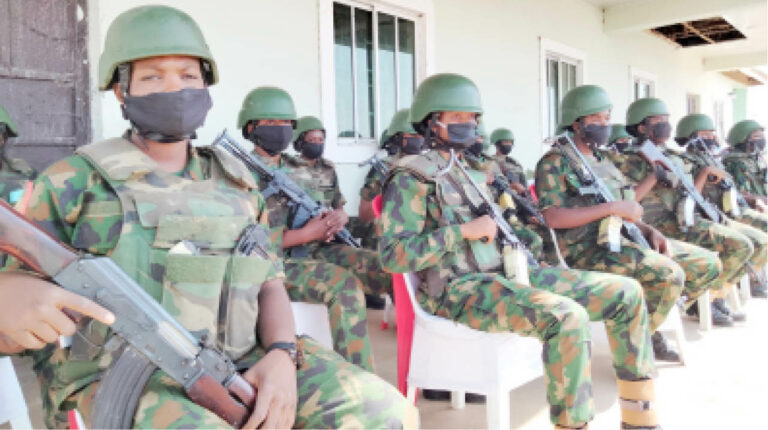 Security agents comprising soldiers and policemen have been massively deployed on the Kaduna-Abuja highway to prevent student union leaders from protesting against the ongoing strike by the Academic Staff Union of Universities (ASUU) along the road.

The leaders of the Students’ Union Government from various institutions in Kaduna had threatened to take over the highway today as part of their anger towards the lingering strike action by ASUU in the country.

But the state government through the Commissioner for Internal Security and Homes Affairs, Samuel Aruwan, on Tuesday cautioned the students against blocking the road, sighting security concerns.

Our correspondent who visited the Kaduna-Abuja highway observed the presence of heavily armed soldiers, policemen, and Kaduna Vigilante Services personnel along the road.

Some of the security agents sat in their vehicles stationed at different locations around the Gonin Gora community along the highway.

No protester was sighted along the road.

However, the students’ union through the Chairman Taskforce on End ASUU Strike, Comrade Dominic Philip, said the students had already suspended the planned protest since Tuesday, following an intervention by the Commissioner of Police in the state and other security agencies.

He assured the students that they didn’t back out from blocking the road out of cowardice but because they did not want to create unnecessary hardship for other motorists and travellers plying the road.

He said, “However, due to several calls from well-meaning Nigerians and calls by the security agencies for considerations of the peculiarity of Kaduna about the volatility of security of the city, we have chosen to demonstrate the kind of gesture that we expect the negotiating parties, especially the federal government, to exhibit in their meetings so that there could be a headway towards ending the strike.

“We are also aware that blocking the road will create a long gridlock which might take up to 10 kilometres and based on the fact that there might not be another route for commuters to use. We also know that the alternative route to Abuja is not safe.”

Cristiano Ronaldo Reveals Plans Of Not Retiring Any Time Soon

Two Arraigned By Police For Possession Of Human Skull