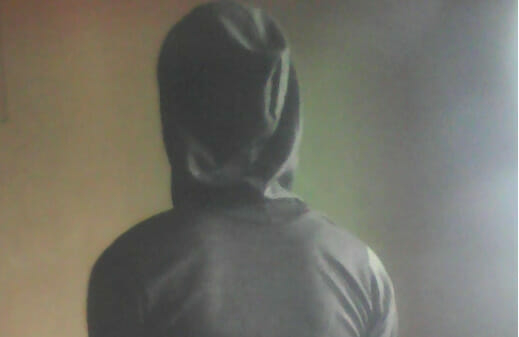 There was a mild drama over the weekend at Rumukwuota in Port Harcourt when a 40-year-old man, James Chuka, arrested a 17-year-old girl over her refusal to yield to his sexual advances.

The teenager, who spoke to reporters in Port Harcourt, said Chuka came to her shop to arrest her with policemen attached to Rumupeirikom (Kala) Police Division in Port Harcourt for turning down his sex demands after receiving cash gifts from him on several occasions.

She said Chuka would always come to her shop to clean his nails, after which he would dole out some amount of money to her for a job well done, saying that the man had visited her shop on several occasions.

She said trouble started when she refused to follow him to a hotel for an amoral relationship as he requested.

“He never told me the reasons he was giving me the extra money until the day he asked me out to a hotel. I told him that I cannot go to a hotel with him after I found out that he was a married man.

“He kept mounting pressure on me to go to a hotel with him.  The next thing I saw was the policemen who he came with to arrest me. At the police station, I was asked to write a statement and I stated what transpired between me and the man,” she stated.

Chuka declined comments when journalists wanted to hear his side of the story.

The spokeswoman for the Rivers State Police Command, SP Grace Iringe Koko, confirmed the story and said that the teenager left the police station with her parents after the DPO listened to both parties and warned the man to stop harassing her because of her age.

Our reporter learnt that the total amount of money James gave to the girl within the period of two months was N17,500.

Meantime, the National Coordinator of the Centre for Basic Rights Protection and Accountability Campaign in Rivers State, Prince Wiro, said he heard about the matter and decided to follow it up.

He advised young girls to stop receiving gifts of any kind from people whose backgrounds they don’t know.

Travellers Killed By Gunmen In Jos