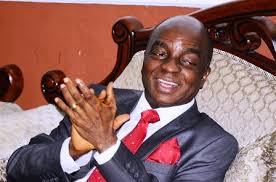 Oyedepo made the declaration at the opening session of the Shiloh 2019 programme tagged ‘Breaking Limits’.

The fiery preacher described the hate speech bill currently being considered for passage by the Nigerian Senate as “one of the most crazy ideas”.

Oyedepo also took a swipe at the proposed  Social Media Bill, describing it as an attempt to gag Nigerians from criticising the government.

The popular preacher lamented the state of infrastructure in the country, noting specifically that roads have continued to deteriorate in the country.

He criticised the President Muhammadu Buhari-led administration for allegedly putting the country in a mess and attempting to stop the citizens from speaking up.