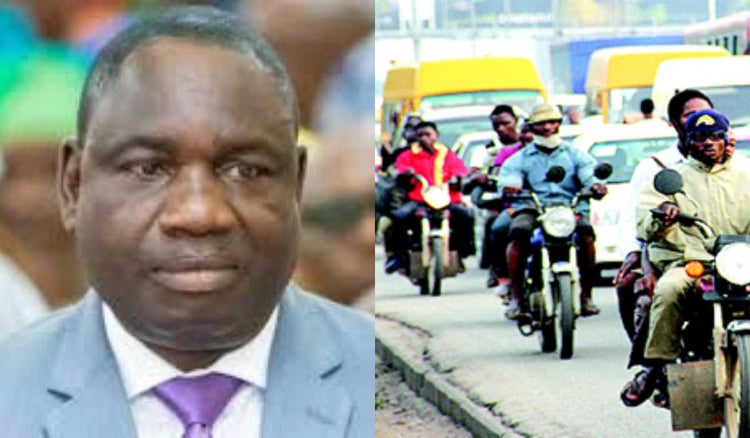 Lagos State Government has threatened to arrest and prosecute the soldiers and policemen who use commercial motorcycles and tricycles on Lagos restricted routes.

It said: ”Policemen who use this mode of transportation on restricted roads will not be spared, as they will be arrested and made to face the law.”

This is just as it warned Lagosians to stop patronising commercial motorcyclists and tricycle operators on restricted routes.

Mr Gbenga Omotoso, the Commissioner for Information and Strategy who gave this warning said the Lagos State government would increased re-enforcement of the restriction of commercial motorcycles and tricycles on restricted routes.

Omotoso, stated these after the security meeting with heads of security agencies at the Lagos House, Marina.

He, however, stated that the policemen who are fully kitted in their uniforms riding motorcycles to and from work are not flouting the law because that is their means of transportation.

He said if there are no people patronising the commercial motorcyclists and tricycle operators on the restricted routes, “the operators will not have any business to do.”

“People should stop patronising them because the order was made in the interest of security of lives and safety of our people and they are the same people who end up in hospitals in the event of an accident from this mode of transportation,” he said.

He said that the palliatives promised by the government, which included 14 and 18 sitter buses, would soon be rolled out, possibly next month.

He said: ”Residents of Lagos State should continue to support the government to provide a secure environment for business to thrive and in which everybody can go about their activities without any fear of being harassed or intimidated by any group or persons.”

Police ordered restriction of human and vehicular movement in Kaduna