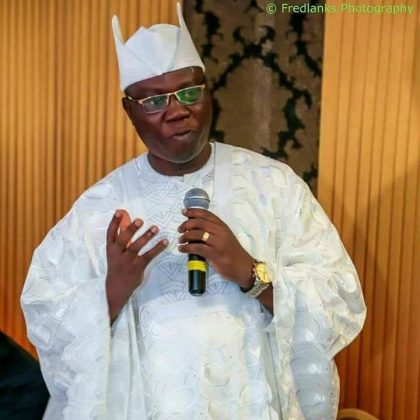 The Aare Onakakanfo of Yorubaland, Iba Gani Adams, has described the re-arrest of Omoyele Sowore, by the Department of State Services (DSS) as a national tragedy.

He said the situation that played out in court last Friday indicated that Nigeria under President Muhammadu Buhari had lost its drift as a democratic nation.

Adams told newsmen on Sunday that the rule of law in Africa’s biggest nation was gradually eroding and warned Buhari not to fold his arm.

“What happened at the court reminded me of the dark era of the military. The present government under President Muhammadu Buhari is like the military junta of the late Sanni Abacha where brigande held sway for years”, he said.

“I have been watching events as they unfold; what transpired in the court was a testimony that Nigeria has a long way to go. The Department of State Services (DSS) failed to respect the rule of law and it was a sad reminder of the military era.”

“This is not the democracy we fought for between 1993 and 1998. I remember vividly as activists and pro-democracy groups, we put our lives on the line to ensure that our dreams became a reality. Now, we have lost touch with the ideals of a democratic setting being practised in other climes.

Adams, who flayed the stringent bail conditions given to Sowore, said it was a ploy to strangle justice.

He noted that the restrictions of his movement to only Abuja meant the government was using the DSS to frustrate perceived oppositions.

“President Buhari must not allow people at the corridors of power to use his name and the office of the president to perpetrate evil that could later discredit his name in the future”, Adams advised.