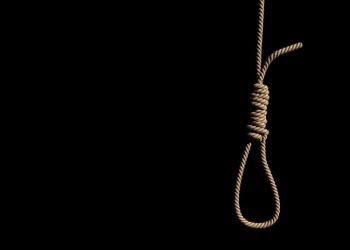 A nine-year-old girl has allegedly died by suicide in the early hours of Thursday in Makurdi, Benue State capital.

Our correspondent learnt from the area that the young girl was staying with a prophetess of a Pentecostal church alongside her children.

The body of the girl was said to have been found in the early hours of the day on the floor of their bathroom with a wrapper tied around her neck suggesting that she might have used the wrapper to carry out the suicide.

As of the time, our correspondent visited the premises which also houses a church allegedly being run by the prophetess, she was said to have gone to the police headquarters in connection with the case.

A neighbour, who did not want his name mentioned said that the death of the little girl remains a mystery.

Efforts to speak with the woman’s children found at home were not successful as they declined to comment.

She said that the matter was reported to the Police around 11:30 a.m. on Thursday.

Anene said the corpse had been deposited at the morgue of St. Theresa’s Hospital in Makurdi while the case is still under investigation.

“At about 1130hours, a report was received that girl, 9, was found hanged in the bathroom. Her corpse has been deposited at St. Theresa Hospital morgue.

“The case is under investigation. Further development will be communicated to you in due course please,” Anene said.