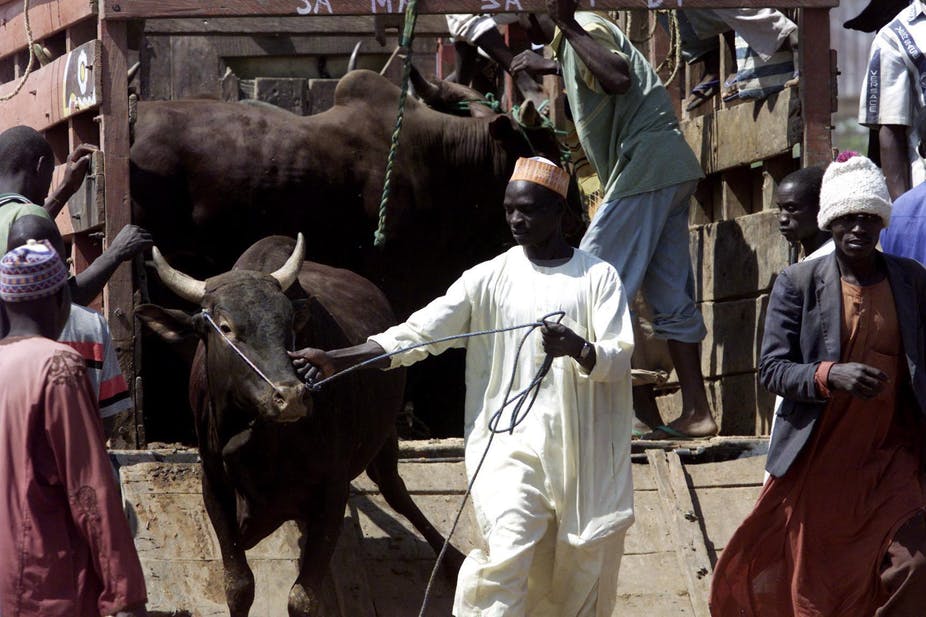 Ten persons suspected of rustling 24 sheep, 11 cattle and eight goats in the state in  Sokoto State have been arrested by the Police Command in Sokoto State.

Briefing newsmen in Sokoto on Wednesday, the state Commissioner of Police, Mr Ibrahim Kaoje, said that several others were arrested for various crimes including a bandits’ informant.

He said that the 10 suspects were reported on Feb. 12, to Kwanni Police Station by the owners of the animals.

“The suspect armed themselves with cutlass, swords and sticks, invaded the houses of the complainants, attacked and robbed them of their cows, sheep and goats and loaded them in one Ford vehicle with Reg. No. AA 344 BLE Sokoto.

“On interrogation, the suspects confessed to the crime and admitted that they stole the animals from Bodinga and Dange/Shunnu local government areas of Sokoto state from the houses of the owners.

“However 24 sheep, eight goats, 11 cows and three motorcycles were recovered in their possession.

“The suspects also offered bribe sum of N700, 000 to the Police patrol team to allow them to escape, but the policemen refused and got them arrested,” he said.

Kaoje added that the command had also arrested one Alhaji Samaila Mamman, a suspected cattle rustler, who allegedly served as informant to bandits in Goronyo axis of the state.

He said in the course of the investigation at the suspect’s hideout, 41 cattle were recovered, while owners of the animals are currently being identified with the help of information supplied by the suspect.

The Commissioner also said that policemen had on Feb. 11, intercepted a vehicle in Kwannawa area for a routine check, but the occupants rushed out of the vehicle and took to their heels.

“Upon search of the vehicle, four AK 47 Rifles were recovered concealed inside the vehicle, a Golf car with Reg. No YAB 928 GB.” He said that effort was on to arrest the fleeing suspects.

Kaoje further said that the command had also on Jan. 30, arrested one Muhammadu Mustapha in possession of a stick and gun while attempting to rob a motorcycle.

“The Command also arrested one suspect belonging to the gang of kidnappers in possession of N1.16 million, which he confessed was given to him by a notorious kidnapper popularly known as Yellow, to hand over to someone, to purchase motorcycles.

“Also apprehended was Bello Aliyu and Abubakar Bala attempting to steal a motorcycle and in possession of a master key with which they open any vehicle or motorcycle.

“The principal suspect Aliyu was also found in possession of the sum of N210,000 and one Haojue motorcycle without registration number,” the Commissioner said.

He added that the command had also arrested two persons, Bilal Ishaku and Abdulrasheed Haruna, who allegedly conspired, attacked and inflicted serious injury on a resident, and robbed him of his handsets.

Kaoje warned that the Command would leave no breathing space for any criminal element to operate in the state.(NAN)

Signs Of Dictatorship Is Here – Jonathan

WFP Gets $66m From Japan For Emergency Food Assistance