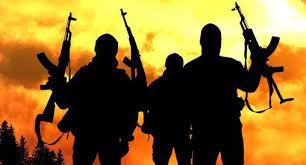 Suspected bandits have shot dead a commercial driver along Funtua-Dandume road and reportedly abducted an unspecified number of passengers.

It was gathered that the attack, which occurred around 7:45 pm on Sunday, involved commuters from both Funtua and Dandume.

Bello Halilu, a commercial car driver plying axis, said he passed through the scene immediately after the incident.

He said, “The incident happened at Kwanar Gamji around Hawan-Fulani. The bandits lay in ambush and opened fire at the moving vehicles, killing one driver and abducting an unspecified number of passengers. Some that escaped spent their night inside farms.”

Halilu added that because of the insecurity bedevilling the area, the road is usually deserted, except on market days.

“Like yesterday (Sunday), some drivers manage to ply the route to cash in the booming economic activities in this harvest season,” he added.

Alhaji Habibu, a Volkswagen Golf driver who sustained gunshot injuries and was admitted to Funtua General Hospital, said none of his passengers was abducted.

“When I ran into the bandits’ ambush, they already grounded one commercial vehicle and abducted its passengers; they shot at my car, and a bullet struck me in the leg but I managed to speed up for about two kilometres before I lost strength and parked. Police from the Dandume division later came and took me to the hospital,” he said.

In a related development, bandits also attacked Maska village of Funtua LGA at about 11:00 pm on Sunday.

According to Muhammad Nura, a resident of the village, the miscreants called and threatened to abduct the village head.

“Our local vigilantes, therefore, mobilized. When the bandits arrived, they were engaged for about an hour before they overpowered us and abducted five people including married women,” Nura said.

He said the bandits later released the two men to go and scout for money for the release of their three wives.

Nura further said soldiers stationed in Funtua later responded to a distress call and took one Abubakar Mamuda, who sustained a gunshot injury to the Funtua General Hospital.

Isah said three vehicles were involved, adding that two drivers and a passenger were shot.

“One of the drivers died, and the other two victims were taken to the hospital. No record of any abducted passenger yet,” he said.