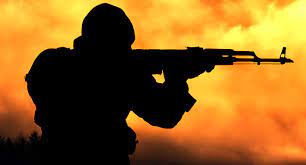 At least three people have been killed in a fresh attack by armed invaders on the Tse Ngban village of Nyiev Council Ward in Guma Local Government Area of Benue State.

Some locals told our correspondent on the telephone that the incident which occurred on Sunday night caused the villagers to desert their homes.

A resident who gave his name as Abel said that the attackers besieged the Tse Ngban around 7 pm and unleashed terror on the inhabitants.

He said, “A woman was killed on the spot while the two others died shortly after the attack from the injuries inflicted on them by the armed assailants.”

Abel said the invaders had on the previous day blocked the Daudu-Lafia highway near the NYSC farm at Uda Yagba while they injured passersby.

When contacted, the spokesperson for the Benue State Police command, SP. Catherine Anene, confirmed the incident, saying that three people were killed in the attack. She further added that the corpse of the deceased has been sent to the Benue State University Teaching Hospital.

“Three persons were killed in an attack at Guma, corpses have been removed to BSUTH while an investigation is ongoing,” Anene said.