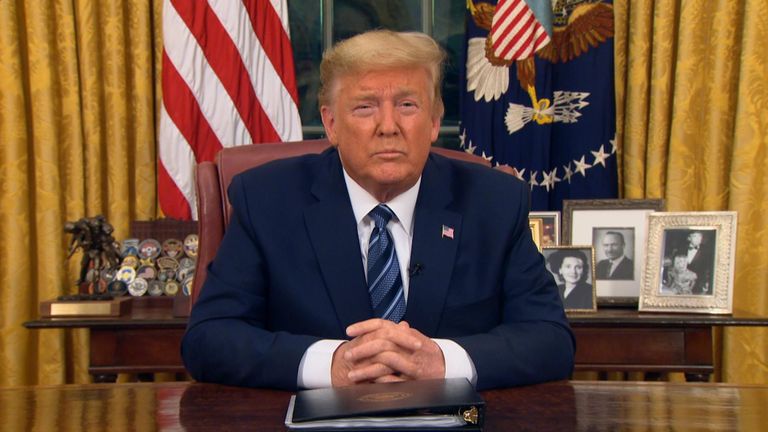 President  Donald Trump said at his daily White House briefing on Friday that the Centers for Disease Control and Prevention recommended that Americans use basic “nonmedical, cloth” masks on a voluntary basis.

He stressed that medical masks should be reserved for health care workers and that masks are not a substitute for social distancing.

The Trump administration had been deeply divided about whether to urge all Americans to wear masks when they leave their homes, with White House advisers and public health officials engaged in a debate that had stalled a public announcement that using them could prevent the spread of the coronavirus.

The deliberations, playing out as local officials in cities including Los Angeles and New York have counselled residents to begin covering their faces, reflect how health experts and government officials are trying to keep pace with the evolving science and public opinion surrounding a novel virus.

Top officials at the Centers for Disease Control and Prevention had been pushing for President Trump to advise everyone — even people who appear to be healthy — to wear a mask when shopping at the grocery store or in other public places.

But some White House officials resisted, according to a top C.D.C. official who has seen emails from people in the West Wing. The official said that people around Mr Trump pressed him to limit the mask-wearing guidance only to people in “areas of widespread transmission.”

The issue took on greater public urgency this week when officials said that as many as a quarter of those already infected may show no symptoms but still contribute to “significant” transmission.

At a W.H.O. briefing on Friday, Dr Michael J. Ryan, executive director of the health emergency program, said that while the agency still recommended masks only for front line health workers and those who are sick or caring for the sick, “we can certainly see circumstances in which the use of masks, both homemade or cloth masks, at the community level may help in an overall comprehensive response to this disease.”

Some officials fear that a broad recommendation that Americans wear masks would raise demand for supplies that are already dwindling, or inadvertently signal that it’s all right to abandon social distancing and return to public life as long as you are wearing a mask. Mr Trump made the distinction that the C.D.C. was recommending nonmedical, cloth masks for the general public.

“We don’t want people to feel like, ‘Oh, I’m wearing a mask. I’m protected and I’m protecting others,’” Deborah Birx, the coordinator of the White House coronavirus response, said on Thursday.

Evidence for the use of face masks in limiting the spread of the virus has been mounting. In a study published Friday in the journal Nature, researchers found that flat surgical face masks significantly reduced the number of virus-carrying droplets that mask wearers released into the surrounding air.