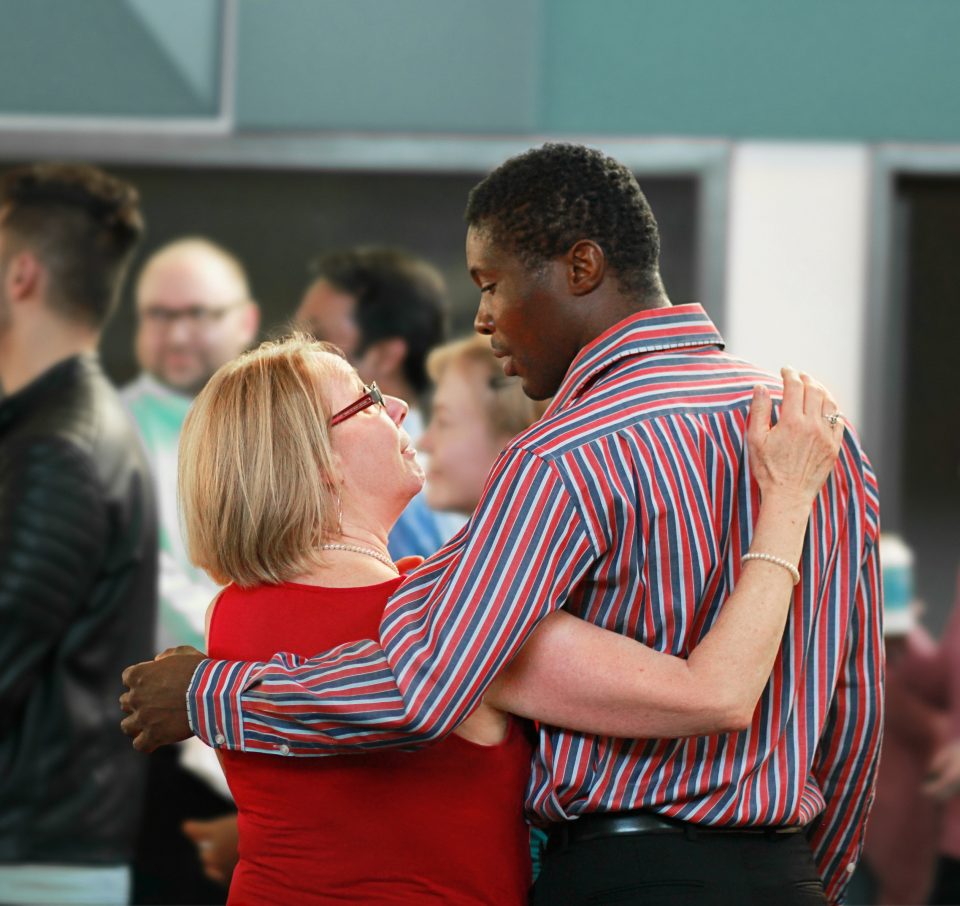 With the coronavirus quickly spreading in Washington state in early March, leaders of the Skagit Valley Chorale debated whether to go ahead with weekly rehearsal.

The virus was already killing people in the Seattle area, about an hour’s drive to the south.

But Skagit County hadn’t reported any cases. Schools and businesses remained open, and prohibitions on large gatherings had yet to be announced.

On March 6 Adam Burdick, the choir’s conductor, informed the 121 members in an email that, amid the “stress and strain of concerns about the virus,” practice would proceed as scheduled at Mount Vernon Presbyterian Church.

“I’m planning on being there this Tuesday, March 10, and hoping many of you will be, too,” he wrote.

Sixty singers showed up. A greeter offered hand sanitiser at the door, and members refrained from the usual hugs and handshakes.

“It seemed like a normal rehearsal, except that choirs are huggy places,” Burdick recalled.

“We were making music and trying to keep a certain distance between each other.”

After 2 hours, the singers parted ways at 9 p.m.

Nearly three weeks later, 45 have been diagnosed with COVID-19 or are ill with the symptoms, at least three have been hospitalised and two are dead.

The outbreak has stunned county health officials, who have concluded that the virus was almost certainly transmitted through the air from one or more people without symptoms.

“That’s all we can think of right now,” said Polly Dubbel, a county communicable disease and environmental health manager.

In interviews with the Los Angeles Times, eight people who were at the rehearsal said that nobody there was coughing or sneezing or appeared ill.

Everybody came with their own sheet music and avoided direct physical contact.

Some members helped set up or remove folding chairs. A few helped themselves to mandarins that had been put out on a table in back.

Experts said the choir outbreak is consistent with a growing body of evidence that the virus can be transmitted through aerosols – particles smaller than 5 micrometres that can float in the air for minutes or longer.

The World Health Organisation has downplayed the possibility of transmission in aerosols, stressing that the virus is spread through much larger “respiratory droplets,” which are emitted when an infected person coughs or sneezes and which fall quickly to a surface.

But a study published March 17 in the New England Journal of Medicine found that, when the virus was suspended in a mist under laboratory conditions, it remained “viable and infectious” for three hours – though researchers have said that period would probably be no more than a half-hour in real-world conditions.

One of the authors of that study, Jamie Lloyd-Smith, a University of California, Los Angeles infectious disease researcher, said it’s possible that the forceful breathing action of singing dispersed in the church room viral particles that were widely inhaled.

“One could imagine that really trying to project your voice would also project more droplets and aerosols,” he said.

With three-quarters of the choir members testing positive for the virus or showing symptoms of infection, the outbreak would be considered a “super-spreading event,” he said.

Linsey Marr, an environmental engineer at Virginia Tech and an expert on airborne transmission of viruses, said some people happen to be especially good at exhaling fine material, producing 1,000 times more than others.

Marr said that the choir outbreak should be seen as a powerful warning to the public.

“This may help people realize that, hey, we really need to be careful,” she said.

The Skagit Valley Chorale draws its members from across northwest Washington and often sells out its winter and spring concerts at the 650-seat McIntyre Hall in Mount Vernon.

Amateur singers interested in choral music tend to be older, but the group includes some young adults.

Last year, Burdick worked some hip-hop into one number.

The next big performance on the group’s schedule was in late April, peak tourist season when the annual Skagit Valley Tulip Festival attracts more than a million people to view brilliant hues in meadows surrounding Mount Vernon.

The festival would soon be cancelled, but nothing had been announced yet and the choir was continuing to prepare.

Carolynn Comstock and her husband, Jim Owen, carpooled to the March 10 practice from the nearby city of Anacortes with their friends Ruth and Mark Backlund.

Carolynn and Jim, who ran a home remodelling business together, had been singing with the choir for 15 years and thought of it as a centring force in their lives.

They had introduced the Backlund’s to the choir.

The two couples entered the rented church hall – roughly the size of a volleyball court – and offered their hands for the disinfectant.

Cushioned metal chairs extended in six rows of 20, with about a foot between chairs and one aisle down the centre.

There were twice as many seats as people.

Comstock, a soprano, and Owen, a tenor, took their usual seats beside each other in the third row. The rows toward the front and centre filled up around them.

Burdick, 49, stood facing his choir, with an accompanist to his right seated at a grand piano.

Given the anxiety over the coronavirus, the conductor decided to lead off with a piece called “Sing On”.

The singers inhaled deeply, and sang the chorus with gusto: “Sing on! Whatever comes your way, sing on! Sing on!”

The choir moved on to other numbers, including a popular spiritual piece written by gospel legend Thomas A. Dorsey: “If we ever needed the Lord before, we sure do need Him now.”

At one point the members broke into two groups, each standing around separate pianos to sing.

When it was time to leave, Burdick’s wife, Lorraine, a contralto who also sang professionally, refrained from her custom of embracing friends.

Instead, she curtsied her goodbyes.

She and Owen cancelled their plans for dinner that night at the Backlund’s’ house.

Burdick woke up the next day, March 14, with a fever.

As his temperature rose to 103, he began hearing from other choir singers.

They felt fatigued and achy. Some had fevers, coughs, and shortness of breath they had heard were telltale symptoms of COVID-19.

Some had nausea and diarrhoea.

On March 15, Comstock, 62, noticed something odd when she made pasta.

She couldn’t taste the sauce, a spicy Italian sausage.

She would soon learn that loss of taste and smell was a common symptom too.

When Owen, 66, first felt sick that day, he found that his temperature was below normal, a symptom that continued.

The same day, the Backlunds tested negative for influenza.

Their clinic sent out their samples for coronavirus tests, which would come back four days later showing they both had COVID-19.

On March 17, a choir member alerted Skagit County Public Health about the outbreak.

Working from the choir’s membership roster, a dozen health officers scrambled for three days to contain the outbreak.

They called every member, determining who had attended the rehearsal.

They asked each person with symptoms to list their close contacts during the 24 hours before illness set in.

Then they called those people, telling anyone who felt sick to quarantine themselves.

“We think it was just a really super-unfortunate, high-risk occurrence,” said Dubbel, the county health official.

Mark Backlund felt himself slipping, but not as badly as a friend a decade younger, a runner, who was rushed to the hospital with pneumonia. Both men would ultimately recover.

On March 18, Burdick received a message from Nancy “Nicki” Hamilton, an 83-year-old soprano, known for her political activism and tales of international travel.

She was worried about a fellow member.

Three days later, he received another call. Hamilton had been rushed to the hospital soon after he had talked with her and now she was dead.

Word quickly spread among the choir members, many of them sick and left to grieve alone in their homes.

Health officials said all 28 choir members who were tested for COVID-19 were found to be infected.

The other 17 with symptoms never got tested, either because tests were not available or _ like Comstock and Owen _ the singers were under the impression that only people in dire condition were eligible.

The youngest of those sickened was 31, but they averaged 67, according to the health department.

In their split-level home, Burdick and his wife kept distance between themselves for a week. But Lorraine got sick anyway.

The Burdicks had been heartened to hear that another woman in the hospital – an alto in her 80s – seemed to be getting better.

But this past Friday, the conductor got another call. She had died.

And another woman, a tenor, had been rushed to the hospital.

Others felt the disease waning. Fifteen days after the rehearsal, Comstock squirted shampoo into her hand and experienced an odd and pleasing sensation.

Marr, the Virginia Tech researcher, said that the choir outbreak reminded her of a classic case study in the spread of infectious disease.

In 1977, an Alaska Airlines flight returned to Homer, Alaska, after experiencing engine trouble and sat on the tarmac there for four hours with the ventilation system off.

Of the 49 passengers on board, 35 developed flu symptoms and five were hospitalized.

Researchers ultimately traced the outbreak to a woman who felt fine when she boarded but later became ill.

The case jolted epidemiologists into the realisation that influenza could spread through the air.

Research has already shown that the coronavirus is nearly twice as contagious as influenza and far more deadly.

There is still much to learn about the choir outbreak, starting with the original source of the virus.

Dubbel, the county official, said she hoped that a study would be conducted someday to determine how the infection spread. But for now, her team is swamped trying to contain additional outbreaks.