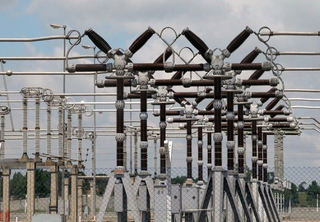 The Minister of Energy and Mineral Development, Ruth Nankabirwa Ssentamu, has tabled the Electricity (Amendment) Bill, 2022 for first reading.

The Bill seeks to amend the Electricity Act, Cap. 145 to among others increase funds allocated to the Electricity Regulatory Authority (ERA) from 0.3 percent to 0.7 percent of the revenue received from generated electrical energy. This is intended to ensure that the Authority has adequate funds to regulate the electricity industry.

The Bill also proposes to provide for additional functions of ERA and to empower the Authority to impose fines on licensees for breach of the terms of the license before taking a drastic decision of suspending or canceling a license and providing for deterrent penalties for theft of electricity and vandalism of electrical facilities.

The Deputy Speaker, Anita Among, referred the Bill to the Committee on Environment and Natural Resources for scrutiny. In accordance with the Parliament Rules of Procedure, the Committee is expected to consider the Bill and report to the House in not more than 45 days.

Upon its enactment, the law will empower the line Minister to prescribe the procedure for transfer of generation assets to the Government and prescribe the circumstances under which a holder of a generation license or transmission license may supply electricity to persons other than a bulk supplier.

The Bill is intended to remove inconsistencies in the law, introduce flexibility in its implementation and to streamline operations of the electricity sector by among others removing monopoly of the bulk supplier of electricity.