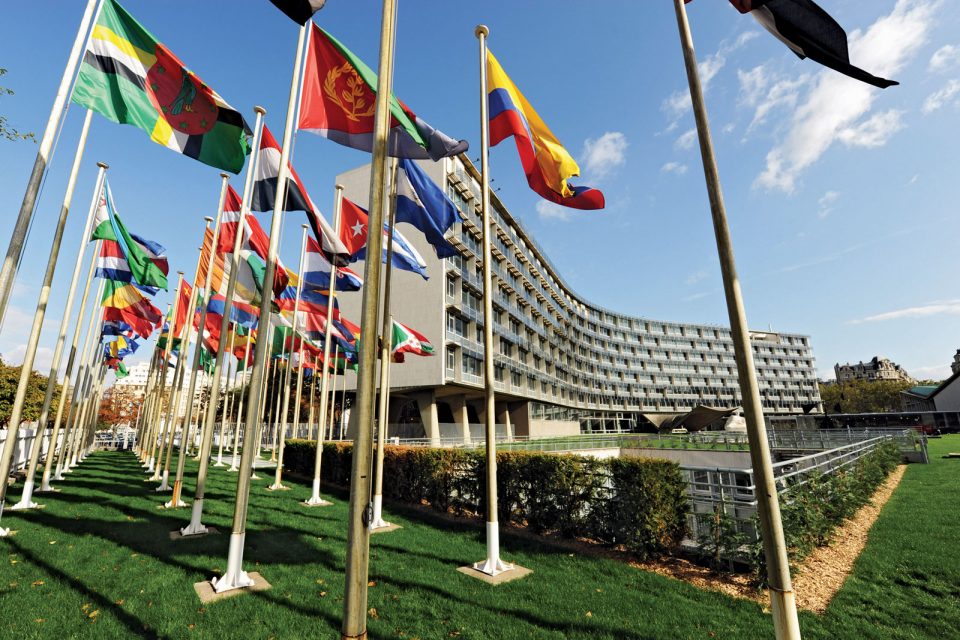 Uganda has 98 per cent of its water resources within the Nile River Basin. The Nile River is the longest transboundary river in Africa. Cooperation on the Nile Basin water resources, according to Uganda’s Minister for Water and Environment, His Excellency, Hon. Sam Cheptoris, is, therefore “not a choice, but a must”.

The Minister was speaking on the occasion of the “National workshop related to the Convention on the Protection and Use of Transboundary Watercourses and International Lakes: Uganda’s accession process” organized in Entebbe, Uganda on 15 and 16 February 2022 by the Ministry of Water and Environment and the United Nations Economic Commission for Europe (UNECE).

Uganda is both an upstream and downstream country regarding its transboundary waters. Uganda’s major lake, Victoria, is the largest inland lake in Africa and is also shared among Tanzania and Kenya. Additionally, Uganda shares at least one major water resource with each of its border-contiguous neighbours. As a result, Uganda is heavily supporting several transboundary basin organizations (Lake Victoria Basin Commission, Nile Basin Initiative (NBI), including hosting of the NBI secretariat).

In this context, Uganda confirmed at the National Workshop its intention to accelerate its accession process to the Convention on the Protection and Use of Transboundary Watercourses and International Lakes (Water Convention), which constitutes a unique global legal and intergovernmental framework for the sustainable management of transboundary water resources, serviced by UNECE. Along with the formulation of a concrete road map to guide Uganda’s accession process, securing high-level commitment for Uganda’s accession was the workshop’s main outcome.

The National Workshop aimed to detail the obligations under the Convention, the benefits that Uganda can derive from its accession and possible challenges, as well as the next steps in the process. The workshop brought together over 80 participants from different ministries, basin and regional organizations, academia and civil society among others. It was funded by the European Union.

On behalf of the UN family in Uganda, I would like to applaud Uganda’s intention and plans to accede to the Water Convention

Aware of its downstream-upstream position and reliance on transboundary waters for different sectors of the economy, Uganda has demonstrated a commitment to transboundary cooperation and harmonious co-existence with its co-riparians dating back over 50 years.

Moreover,  in 2021 the country completed a revision of the National Water Policy which integrated many of the provisions of the Water Convention and the 1997 Convention on the Non-Navigation Uses of International Watercourses (Watercourses Convention). Together these framework instruments known as the United Nations Global Water Conventions are mutually complementary. At the regional level, Uganda has ratified the Nile Basin Cooperative Framework Agreement and Protocol for Sustainable Management of Lake Victoria Basin.

Sonja Koeppel, Secretary of the Water Convention, said: “The Water Convention is a concrete and effective global legal and intergovernmental framework and platform aimed to support cooperation and sustainable management of shared waters, including groundwaters.

Accession can enable support by the community of Parties, experience-sharing with basins and countries worldwide, and support cooperation. The creation of basin agreements such as the Memorandum of Understanding currently being finalised for the Sio-Malaba-Malakisi basin Uganda shares with Kenya, which the Water Convention supported earlier together with IGAD and IUCN, is one such practical example.”

As noted during the National Workshop by Mr Harry Liiv, Special Envoy for Transboundary Waters at the Ministry of the Environment in Estonia and Chair of the Water Convention, “Participation in the Water Convention and compliance with its provisions serve as clear evidence of the willingness of riparian countries to cooperate and thus enhance the eligibility of international funding.”

Ms Caroline Adriaensen, Head of Cooperation of the Delegation of the European Union to Uganda acknowledged that Uganda’s many initiatives on the Nile in the sphere of transboundary water cooperation speak to its “understanding of its role as a riparian country of one of the most important river basins of the word as well as a message of commitment and vision to deal with the current and future challenges and opportunities.

Furthermore, we note that Uganda is also a party to the Lake Victoria Basin Commission. It, therefore, seems only natural that Uganda would consider acceding to the UNECE Water Convention – thus becoming the first Nile riparian country to accede any of the international conventions on transboundary water.”

UNDP Resident Representative for Uganda, Ms Elsie Attafuah, further noted that “On behalf of the UN family in Uganda, I would like to applaud Uganda’s intention and plans to accede to the Water Convention and reaffirm UNDP commitment to supporting Uganda on this journey.”