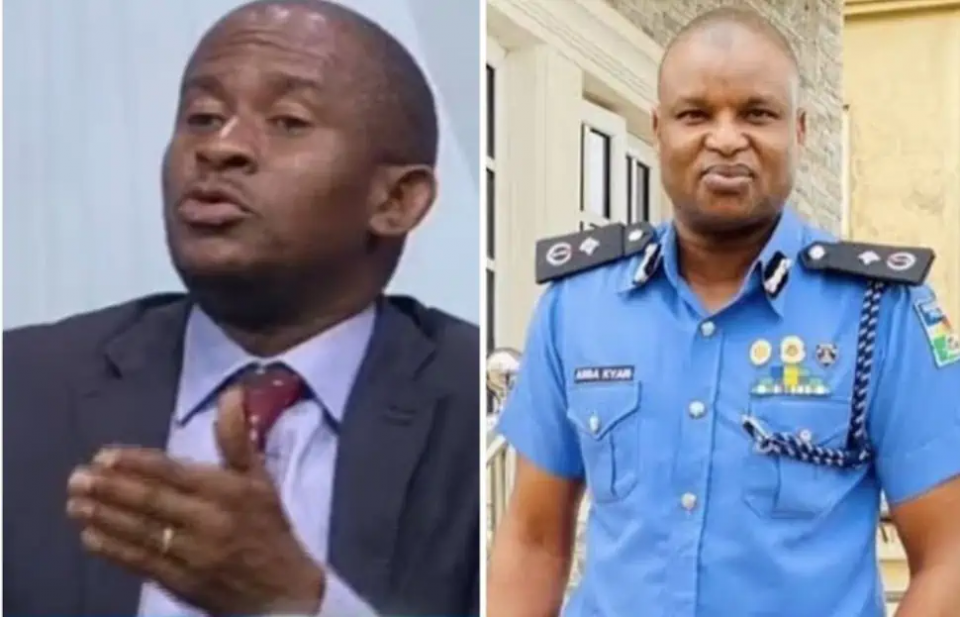 Kabir Akingbolu, a lawyer, was in an interview session with Punch Newspaper and he made a revelation about some of Abba Kyari’s operation that involved his client.

Akingbolu was asked why he filed a petition against Abba Kyari after the Endsars protest and what was the petition about. The lawyer then answered saying that he filed the petition because of the criminality committed against his client named Hafeez Mojeed.

Akingbolu explained that his client was arrested in a commando style, he said Abba Kyari and his men got to his client’s house around 9:30pm and his client’s wife was five months pregnant at the time of the arrest, so they laid his client and his wife on the ground, collected their belongings including their golden wedding ring, travel document, title document, wrist watch and a car. Akingbolu recalled that 32 items were collected from his client.

Akingbolu said his client was taken into custody and he was held there for 14 days despite the fact that his client told them that he is not aware of the crime he committed. While in custody, the lawyer said his client’s ATM and password was collected, he said Kyari and his men used the N840,000 found in the account to buy things from a popular supermarket and also from a restaurant until the balance of the account remained minus N200.

Akingbolu said after his client was beaten to a pulp, he had to confess that he had the sum of N41,800,000 in a fixed deposit account. He said his client was taken to the bank and he was ordered to unfix the account and transfer the money to one Mr Obi that claimed he was the rightful owner of the money.

Akingbolu said his client complained that he did not know Mr Obi and he has never met him before, so they left the bank, took his client to a boutique to change his cloth that was stained with blood, after doing that they returned to the bank and they made his client transfer the N41.8 million to Mr Obi’s account and that was the end of it.

Akingbolu said his client also had N15 million in another bank account but when Kyari and his men got to the bank to withdraw the money they were told to wait till Monday to get the money, because they went to the bank on a Friday, so that was how that account didn’t get unfreezed.

Akingbolu said he went to Kyari’s office to challenge him in the presence of three of his lawyers and the client’s wife about the withdrawn money, Kyari said “yes we took his money”, Akingbolu said he told Kyari that he had no court order to carry out such action and Kyari took him to a inner room in his office and told him that his client is a Yahoo boy and he is not the owner of the money, he said Kyari informed him that his client has another N15 million with him, so if he allows them collect it they will take N10 million and the lawyer will get the remaining N5 million.

Akingbolu said Kyari told him that if he claims he is a human rights lawyer and he makes noise about the case the seized properties of his client will not be released.

Akingbolu said he refused the deal and he told Kyari to charge his client to Court, he said his client was taken to court and he was charged for N97 million fraud but Kyari never showed up in court for the case, Akingbolu said the case lasted for 14 months in court and eventually the case and another case filed against his client at the federal high court were struck out.

Akingbolu said they went back to court attaching all the exhibits above and the bad things that was done to his client and eventually Justice Hadiza Shagari gave a judgement that all the seized properties should be returned to his client, including the N41.8 million and the one taken from his ATM, the court also awarded his client a N5 million damages, but the properties were still not released.

Don’t you think this post will be helpful to somebody else? Please share it to others via the social media button below Thanks for reading. Do well to drop your question in the comment box, we will be glad to hear from you.

Presidency Clarifies the Release Of Sowore

Group raises alarm over plans to stop NDDC board inauguration