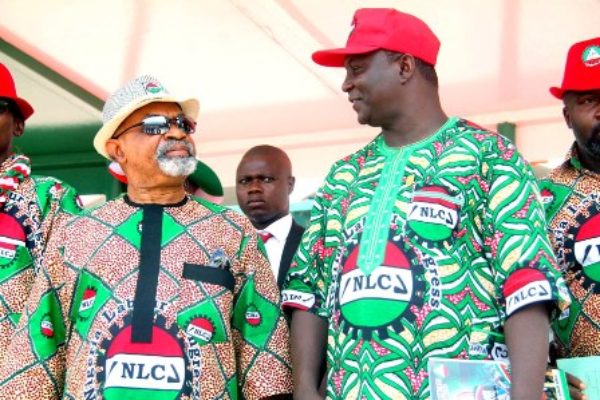 The Federal Government has appealed to members of the National Union of Electricity Employees (NUEE) to suspend their planned nationwide strike.

Sen. Chris Ngige, Minister of Labour and Employment made the appeal after a five-hour closed-door reconciliation meeting between its Ministry, Ministry of Power and the leadership of NUEE on Monday in Abuja.

News Agency of Nigeria (NAN) recalls that the union had on Jan. 29, 2020 issued a 14-day ultimatum to the Federal Ministry of Power to pay more than 2,000 workers that were disengaged from the defunct Power Holding Company of Nigeria or risk industrial action by electricity workers.

The union alleged that the ministry had failed to implement the agreement reached with members of NUEE, the ministry and other government agencies on December 11, 2019.

Some of the issues discussed at the Monday meeting were non-implementation of agreement signed with the union, the 14-day ultimatum, which was to come to an end on Friday, 14, and non-payment of the severance package of the over 2,000 workers.

The minister told journalists that all parties involved had agreed to settle all issues within 60 days.

According to Ngige, we have reviewed the agreement reached in December 2019. “We have given ourselves terminal date of 60 days within which to process the remaining persons that have not gotten their severance pay.

“The number is not as what NUEE is saying but at the same time, we expect that payment should be effected latest at the end of 60 days.

“We are going to reach out to Power Generating Companies and Power Distribution Companies so that the issue of casualisation sh8ould not be happening again.

“We will also deal with the issue of non-remittance of check-up dues and non-unionisation in some places.

”We are going to handle it as a ministry and deal with it before the end of the first quarter of the year,” he said. Mr Joe Ajaero, General Secretary, NUEE, said that although the union was ready to wait for the 60 days, it was not happy that such a long period had to be given.

He said the issues discussed at the meeting were not new since privatisation, which gave birth to the majority of them was done by the Federal Government seven years ago.

“We are not satisfied with the result of the meeting because it is coming rather too late.

”Privatisation issue took place seven years ago and most of the people involved have died and we are still talking of their entitlements and underpayment. “We are now looking at another 60 days to address the issue.

Do you need ultimatum before people will remit pension deduction or for people who short-paid you for 16 months to remit the amount?

You don’t need it. “Unlike other agreements where we tell our people that we have achieved something, in this case, we have not achieved anything,” he said.

Ajaero said that it was painful that while waiting to be paid, many of the workers being owed died, leaving their next of kin to chase their severance pay.

According to him, we are still prolonging the evil days. This ministry had intervened before and gave directives to the companies on some of the agreement on the issue of unionisation, non-casualisation, remittance of check-off dues in 2016 but the organisations ignored it.

“I am not happy because we have about two weeks to deal with the companies but the ministry is intervening that we should wait.

”We don’t understand what is happening. How will I as a permanent secretary or minister give directives and they will not be affected?

“That was why when we met the Speaker of the House of Representatives, I told the house to give the labour ministry more powers.

When a directive is flaunted, there should be a sanction. “The Bureau of Public Enterprise has 40 per cent shares of most of these companies on behalf of the government but it was not represented at the meeting.

“It means that after 60 days if they refuse to pay, we are still where we were. Sixty days will come and pass again and they will still be recalcitrant but we will deal with them,” he said.(NAN)