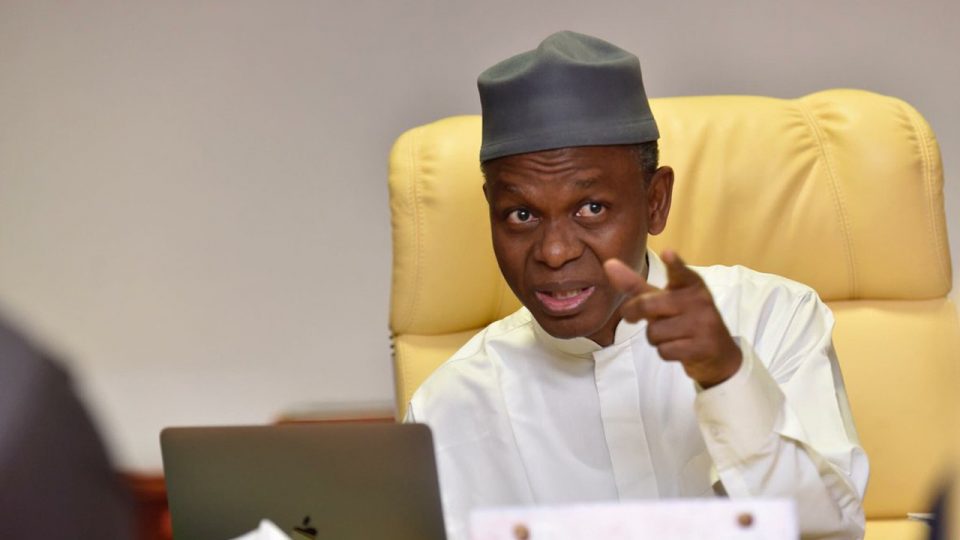 A staunch supporter of Governor Abdullahi Ganduje, Mr Bala Fagge has described the governor of Kaduna State, Nasir El-Rufai as a hypocrite, adding that the same way Ganduje removed Emir Muhammad Sanusi II, El- Rufai had also removed over 300 District Heads in Kaduna who were appointed by his predecessor.

He said: “You are pretending not to be happy that Sanusi was removed.

“You are the same Governor that deposed over 300 Districts Heads in Kaduna state because they were appointed by your Predecessor, Ramalan Yero of the Peoples Democratic Party.

“You are the same Governor that used a Bulldozer and demolished the House of Senator Hunkuyi who has been opposing you.

“You are the same Governor that fought like life and death and denied Senator Shehu Sani the ticket to return to the Senate because he has been critical of you and you even called on the public to attack him.

“You are the same Governor that is prosecuting Odinkakalu, Dr John Danfulani and Audu Maikori for criticizing you.

“You are the same Governor that has arrested and jailed Journalists for writing critical stories of you and religious leaders for preaching against you.

“You are the same Governor that has so many cases in Kaduna High Courts and magistrate court against people who criticized you.

“Governor Ganduje endured the criticism of Sanusi for 5 years. Can you tolerate the Emir of Zaria or that of Kafanchan criticizing you for one day?

“The Agom Adara, the Traditional ruler of southern Kaduna who was critical of you was killed after meeting with  you. Have you address that matter?

“Have you forgotten the private discussion you had with his Excellency Abdullahi Umar Ganduje about Sanusi?

“You are a double face hypocrite who as usual want to capitalize on the situation in order to add to your political ambition.

“We the people of Kano are in support of the removal of Sanusi. You can make him the emir of Kaduna if you wish.”

Earn Bitcoins Online: How To Get Bitcoins In Your Wallet