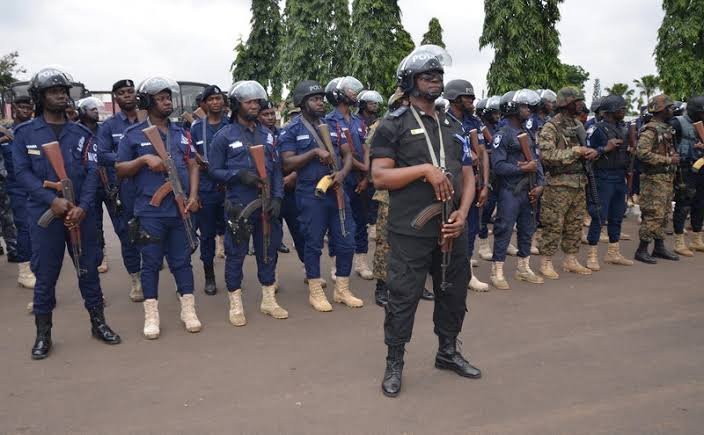 Benjamin Jato has been arrested by Nigeria Security and Civil Defence Corps (NSCDC) for allegedly raping a six-year-old girl.

The Command’s Public Relations Officer, ASC. Orndiir Terzungwe made the disclosure in a statement on Wednesday in Kaduna.
Terzungwe said the 32-year-old suspect, Jato, who claimed to be a carpenter, was arrested at Bayan-Dutse in Chikun Local Government Area at about 22:00hours on April 21 by members of Quick Response Unit of the command.

According to investigation, the suspect lives in neighborhood with the victim and is strongly believed to have taken advantage of the familiarity he established with the victim’s family to perpetrate such evil act.

“The victim was reported to have been raped in a bathroom where she resides in a rented apartment with her aunt.”

“One of the victim’s aunts, who was first to know about the unfortunate incident, said she knew about it after the harm was carried out and the victim had even moved away from the scene.

“When I first learned of the ugly incident, I was misinformed that she fell in a gutter because I saw blood on her cheeks and it was being washed by the suspect, who held her and was pretending to be cleaning her.

Security Agents Had No Hand In My release, I Paid N50m – Bala Mohammed’s Brother

COVID-19 Will Render About 90,000 Children Homeless In UK