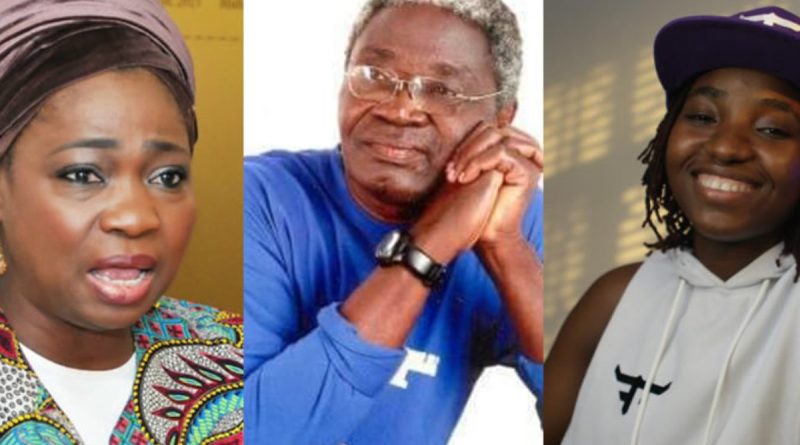 Another phase of a lecturer and a pastor who sexually harassed a female student at the Yaba College of Technology, YABATECH and the Redemption camp has begun.

A top and popular Redeemed Christian Church of God (RCCG) Pastor identified as Paul Bankole has been called out on Twitter for sexually harassing young girls in Redemption camp.

Narrating her ordeal via her twitter handle @beatricewealth_, Beatrice, however, disclosed that she was able to escape from the pastor but she has not been able to forget her experience.

“I was sexually harassed by the Pastor. Paul Bankole in 2016, the then Directorate of Sport in RCCG right in his office at redemption camp. I was introduced to him by a friend in school (Yabatech) because he said he was recruiting female basketball players to form a team for RCCG.” She tweeted.

Detailing her experience, she posted a thread on Twitter to narrate her ordeal further. She said “He said some of the players would get into the national team and represent Nigeria in the Tokyo 2020 Olympics. I was the first female he got in contact with and we were talking about recruiting other females. I went to redemption camp for the first time in 2016 to play basketball.

“He showed me the court and even introduced me to an acquaintance as his daughter after the man said we looked alike. All I wanted to do was play basketball and get the opportunity to play in Tokyo 2020 Olympics but on the 2nd or 3rd visit (can’t remember) after about an hour.

“at his office before going to the court (he was busy at the time), He said he wanted to see the pictures on my phone, and I gave it to him. Then he showed me a quote I had saved about loving fiercely…. and said I should send it to him which I did via WhatsApp.

“He handed my phone back to me & after some time came to where I was standing (i was looking at some things he pasted on his memo board), he sat on the chair & told me to sit on his lap. I said I can’t & then he pulled me to his lap and said I should kiss him, I said I can’t.

“He said he wanted to kiss my pink lips (he had made a remark on my lips through WhatsApp before but I didn’t pay attention to it then, a lot of people talk about it and I take it as a compliment).

“He forced a kiss on me while trying to touch me inappropriately, I was shocked, I kept my lips tightly shut …. this man is old, he’s married, he’s a pastor, different thoughts were running through my mind.

“I told him to stop that I didn’t want to and after trying severally he stopped, stood up and said he’ll drive me to the basketball court which he did then drove off for about 30 minutes saying he wanted to cool off. That was the last time I went to redemption camp.

“My belief in God at that point became really shaky cos a supposed man of God could do that! a man probably in his 60s with grey hair. It’s not like I wear tight dresses, I was on my normal baggy basketball Jersey.

“I didn’t tell anyone else and decided to let it go because Who was going to believe me a common student as opposed to believing an “anointed” man of God, directorate of sport? It would have been the church against me.

Speaking on why she’s just speaking about the incident that happened almost 4 years ago, the basketball player disclosed that the incident came as a flashback during a recent discussion and she feels that speaking out will clear it off her mind.

“I just remembered today while I was talking to someone and then it hit me again and I felt like getting it off my chest. I see people attack women asking why they are talking about it after a couple of years but you won’t understand until it has happened to you.

“I’m not angry anymore, I’m at peace with myself knowing that it was not my fault. I’m not responsible for the actions of a grown man.

“If you’ve ever been harassed, molested or raped, I hope you’d one day find the courage to talk about it. I hope one day you stop feeling shame and it stops hurting.” She said.

Pastor Paul Bankole is not the only one who has sexually harassed Beatrice. In the same thread, she called out her former supervisor at Yabatech, Dr Odunlade Adekola K. She promised to take legal actions against the lecturer because she has pieces of evidence and his own acts were worse.

“I will one day speak on my then supervisor Dr Odunlade Adekola K. (not the actor ó) in Environmental Biology department of Yabatech who also molested me but not today. For him, I will take legal steps when I can afford to cos he doesn’t deserve to be anyone else’s supervisor.

“or lecturer… He was a master manipulator and he’ll be whispering and saying “I hope you’re not recording”. I recorded severally but his voice was too low. The young fitness trainer said.

Reacting to allegations, a former member of the Nigeria Federal House of Representatives, Honourable Abike Dabiri responded to the twitter thread and wrote “I commend you for the courage to talk about your experience. And I believe your story. I hope he has the conscience to repent, apologize and not try that ever again with other females.”