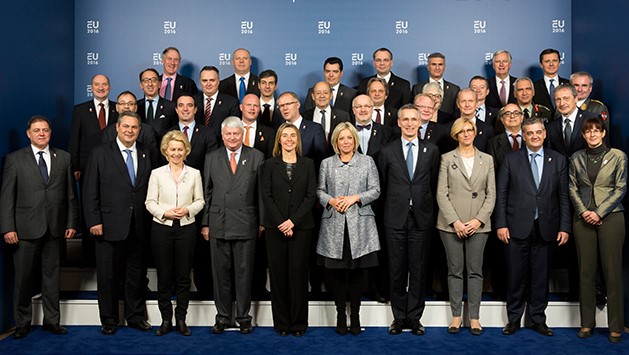 No fewer than one hundred countries in the European Union are presently pushing for an independent investigation into the coronavirus pandemic that has infected 4,589,526 and killed 310,391 people.

CNN reports that a resolution drafted by the European Union will be presented at the annual meeting of World Health Organization members this week, and calls for an “impartial, independent and comprehensive evaluation” of “the (WHO)-coordinated international health response to Covid-19.”

Though, it doesn’t mention China specifically, but there’s a general expectation that the country where the virus originated will definitely come up.

All of this comes as Dr Zhong Nanshan, the Chinese government’s senior medical adviser, confirmed that local authorities in Wuhan had suppressed key details about the magnitude of the initial outbreak.

Zhong also said a lack of immunity among citizens could put China in danger of another wave of outbreaks.

Meanwhile, Russia has joined about 100 countries in backing a resolution at the upcoming World Health Assembly (WHA), calling for an independent inquiry into the coronavirus pandemic.
The European Union-drafted resolution comes on the back of a push by Australia for an inquiry into China’s initial handling of the crisis.
That was met with an angry response from Beijing, which accused Canberra of a “highly irresponsible” move that could “disrupt international cooperation in fighting the pandemic and goes against people’s shared aspiration.”
READ ALSO: World Bank Approves $50m Emergency Fund For Egypt
While the resolution to be presented at the annual meeting of World Health Organization (WHO) members, which begins on Monday in Geneva, does not single out China or any other country, it calls for an “impartial, independent and comprehensive evaluation” of “the (WHO)-coordinated international health response to Covid-19.”
The wording of the resolution is weak compared to Australia’s previous calls for a probe into China’s role and responsibility in the origin of the pandemic.
This may have been necessary to get a majority of WHO member states to sign on — particularly those, such as Russia, with traditionally strong ties to Beijing.
But that doesn’t mean China’s government should rest easy. The potential for an independent probe, even one not initially tasked with investigating an individual country’s response, to turn up damning or embarrassing information is great.
Australian government sources told the ABC, the country’s public broadcaster, that the resolution’s language was sufficiently strong to “ensure that a proper and thorough investigation took place.”
Beijing has previously said it would only support an investigation held by the WHO, which has been accused of being overly influenced by China — a charge top WHO officials refute.
Speaking last week, China’s ambassador to the UK, Liu Xiaoming said: “We’re open, we are transparent, we have nothing to hide, we have nothing to fear. We welcome an international, independent review, but it has to be organized by the WHO.”
With more countries signing on to the EU resolution as the assembly nears, that may be out of China’s hands. There were also indications that Beijing may accept the resolution: Chinese state media reported Monday that Xi would deliver a speech at the opening ceremony of the WHA, an unlikely move if Beijing was preparing to push back against a key agenda item.

ASUU vows to sue DSS over assault of its Branch Chairman