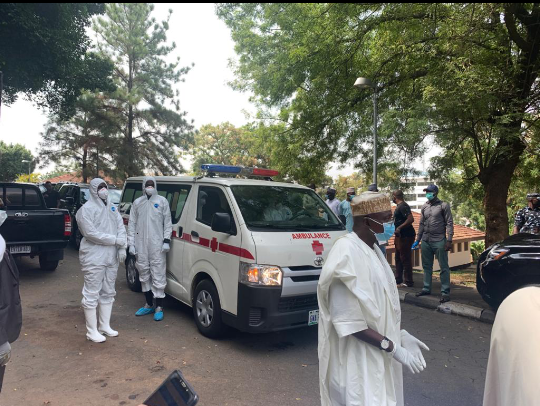 Contrary to an earlier statement of Lai Muhammed, the Information Minister that anyone killed by COVID-19′ the dead body will not be claimed by family, however, the remains of the late Chief of Staff to President Muhammadu Buhari, Mallam Abba Kyari, would be laid to rest in Abuja on Saturday.

A tweet by Personal Assistant on New Media to President Muhammadu Buhari, Bashir Ahmad, confirmed that the burial would hold in Abuja.

“Mallam Abba Kyari will be buried later today in Abuja according to Islamic rites,” Ahmad said.

As at the time of filing this report, the Moslem burial prayers were being said for the late Chief of Staff at the Defence House, Maitama, Abuja.

Defense House was his official abode while he served as Chief of Staff. 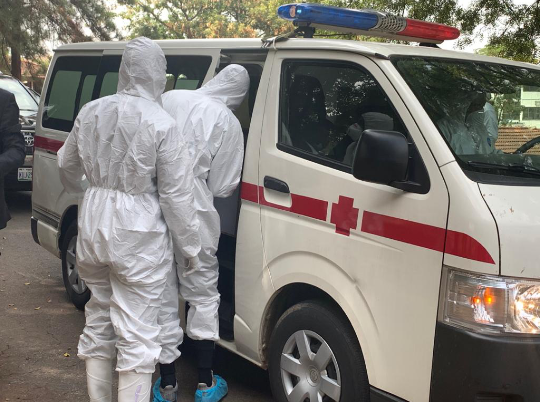 Although there were no official hints yet as to where he would be buried, The Nation gathered from independent sources that he would be interred at the Gudu Cemetery in Abuja.

A statement just before the commencement of the burial prayers by Senior Special Assistant to the President on Media and Publicity, Mallam Garba Shehu, said the burial would be private.

Hr explained that there would be no room for condolence visits or other ceremonies.

“We just received the body of Abba Kyari the deceased Chief of Staff the President in Abuja.

“In strict observation of the protocol put in place for the burial of Coronavirus victims by the @NCDCgov and the Federal Ministry of Health, the funeral prayer and burial will be private.

“Thereafter, there will be no such ceremonies as condolence visits. well-meaning friends, family members and the general public are encouraged to pray for the repose of Abba Kyari’s soul.

“May Allah grant the family and nation the fortitude to bear the loss”, Shehu said