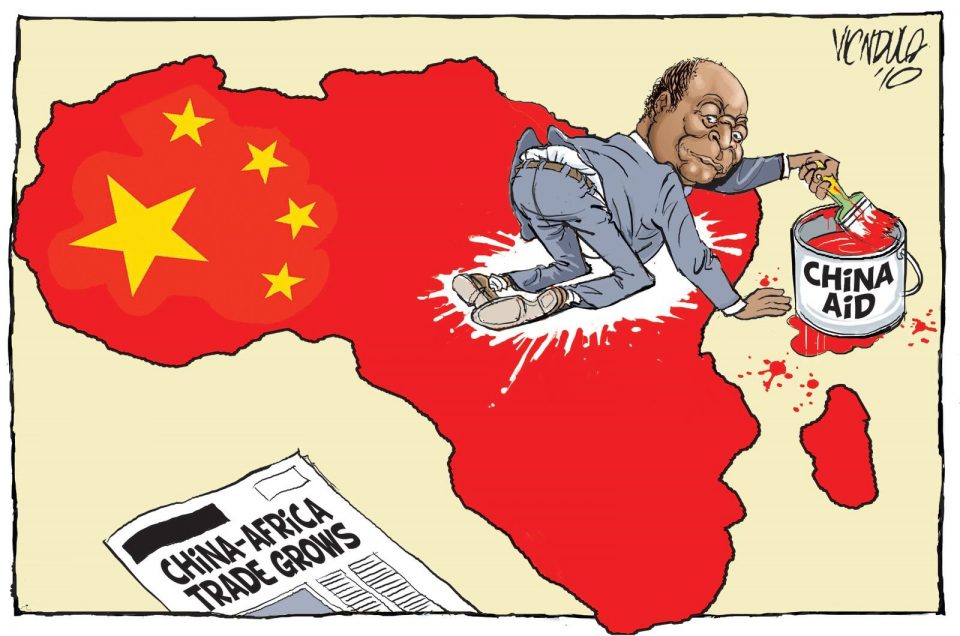 Is the recent treatment meted to Africans, in Guangzhou, China, a foretaste of the type of subjugation, peoples of the African continent will experience in the hands of the Chinese in the years to come?

In a classical instance of a friendly enemy, China, few days, after sending its medical experts and supplies to help Nigeria fight the COVID-19 pandemic is also maltreating Nigerian citizens in her cities under the guise of fighting the spread of the pandemic.

The muted responses of the governments of African countries, shows clearly that they are ill-equipped and indisposed to defend their interests when confronted by the emerging Chinese hegemony.

But for the initial insistence of the Speaker of the House of Representatives, Hon. Femi Gbajabiamila, to confront the Chinese envoy in Nigeria, our country’s political leadership appeared prepared to play the ostrich, over the disturbing videos of the maltreatment of Africans across the Chinese cities.

One may ask, can President Muhammadu Buhari, whose secretary, Boss Mustapha, was flustered with gratitude, recently, while receiving the Chinese medical experts, who came to fill the yawning gap in Nigeria’s medical infrastructure, few days after, summon the Chinese envoy, to warn his country, to desist from maltreating Nigerian citizens?

How can Nigeria, for instance, threaten to break the diplomatic relationship with China, if the envoy is unapologetic when within the government circles, there is a palpable hunger for Chinese medical experts in the absence of the local expertise to fight COVID-19 pandemic?

Of course, China has billions of dollars contract, in nearly every African country, but can afford to play coy with the Africans, knowing that most of the contracts are on credit. And the common saying that ‘he who goes a borrowing, goes sorrowing’ would apply to Africans in the circumstance.

Going forward, African leaders must wakeup from their leadership slumber, if Africa is to survive the coming Chinese hegemony, even when it is under the weight of the yoke of European and American neo-colonisation.

Nigeria, which is expected to lead the African renaissance, is still a tottering giant. While the Minister of Foreign Affairs, Geoffrey Onyeama has summoned the Chinese ambassador to express Nigeria’s displeasure over the maltreatment of her citizens in China, there is not much he can do thereafter.

Not when his brother Minister for Transportation, Chibuike Amaechi, is expectantly awaiting the end of COVID-19 lockdown, for the return of the Chinese nationals, to continue the infrastructure flagship of the Buhari administration, the railways.

With over US$10 billion in infrastructure-contract exposure, most of which are on credit, how can Nigeria have the diplomatic chutzpah to confront the emerging Chinese hegemony?

According to China Africa Research Initiative (CARI) of John Hopkins University’s School of Advanced International Studies, the gross annual revenues of Chinese companies’ engineering and construction projects in Africa in 2018, totalled US$48.84 billion, down from about US$55 billion in 2015.

Interestingly, the trade relationship is even much bigger than the construction and engineering industry. According to CARI, the value of China-Africa trade, in 2018, was US$185 billion, up from US$155 billion in 2017; while the direct foreign investment stands at US$5.4 from a paltry US$75 million in 2003. On its part, the foreign aid expenditure, grew from US$631 in 2003 to US$3.3 billion in 2018, with occasional dips in between.

The above data shows that Africa is deeply tied to China in the new world order. But even more precariously for Africa in the unbalanced trade set-up between the two, while China is exporting to the continent, services, industrial expertise and machineries, Africa only exports commodities and unrefined petroleum products to the Chinese.

In essence, Africa is overtly tied to the apron strings of the Chinese behemoth, and under such circumstance, the African leaders can hardly look China in the face, and call it to order.

To make matters worse for Africa, most of her leaders are yet to wake up to the ringing need for urgent development in the continent. And unless countries in the continent develop, these nations cannot square up to the challenges of the overt and covert economic, social and trade wars, between the nations of the world. How many African leaders have a clear vision, and plan of action for their country’s development?

In his book: My Vision, Mohammed bin Rashid Al Maktoum, captured his vision in the race for excellence thus: “with every new day in Africa, a gazelle wakes up knowing he must outrun the fastest lion or perish.

At the same time, a lion stirs and stretches, knowing he must outrun the fastest gazelle or starve. It is no different for the human race. Whether you consider yourself a gazelle or a lion, you simply have to run faster than others to survive.”

Does African leaders, realise that the benevolence of the lion to the gazelle, if I may borrow from the Al Maktoum analogy, is merely a strategy to lure the gazelle into false security, before he becomes food when the lion gets hungry?

While this author, acknowledges the African dilemma, in choosing between the age-long western neo-colonialists and the emerging Chinese hegemony, he urges the leaders to wake up to the challenges ahead.

The challenges predisposes that Africa must take its destiny in its hand, if the recent maltreatment of her citizens in China cities, will not be a foretaste of the greater humiliations to come.

According to Al Maktoum, vice president and prime minister of the United Arab Emirate and ruler of Dubai, on Development and optimism: “only people can make development happen. The secret of successful development lies in reaching an ideal formula that can efficiently use the skills of people along with, in Dubai’s case, the existence of the creek, sunny skies, desert, sandy beaches and sea, to put in place a uniquely successful metropolis.”

Al Maktoum, went on: “The context of this formula is the right vision and the key to its success is the leader, who combines his goals and determination to see them through to fruition, despite all obstacles.”

Had African leaders shown this level of clarity of thinking, perhaps the continent would not be so challenged that her citizens are treated with disrespect because of their colour, without any consequences.

But regardless, of how indebted, Nigeria, and other African countries are to China, President Buhari and his brother presidents should call the Chinese to order. Also, the benumbing lack of vision, within the continent, has to end for Africa to be taken seriously in the committee of nations.

Furthermore, the shackles of tribalism, prebendalism and corruption must be broken, for there is no way, the clarity of vision that is urgently needed can sprout from such idiosyncrasies.

How Wicked Nigerians Can Be

Police Confirms Abduction Of Science and Technology Commissioner In Edo