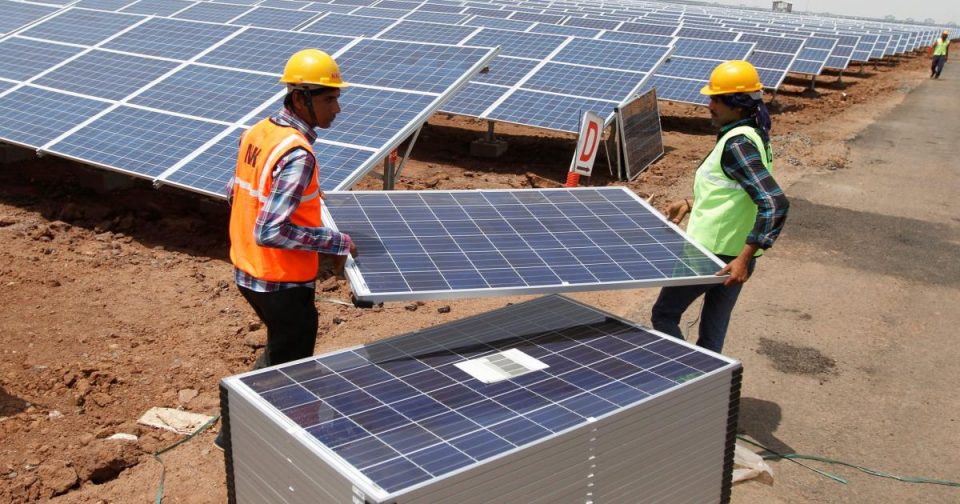 The final frontier for oil and gas exploration, a range of untapped resources awaiting exploitation, and opportunities across the entire energy value chain all represent key components of Africa’s hydrocarbon market. For years, resource-rich nations have been capitalizing on their resources, driving exploration and production alongside global players. Now, producing markets across the continent have started to dramatically underperform, with countries such as Nigeria missing production targets by a large margin. What will these production declines mean for the African continent and what can be done to mitigate this trend?

Even at the start of 2022, producing nations in Africa continue to grapple with the effects of the COVID-19 pandemic. Demand fluctuations, price instability, and the global reduction in fossil fuel directed capital expenditure have left many oil-reliant nations scrambling. While attempts to diversify economies have been noted – specifically through developments in natural gas, renewables, and associated sub-sectors such as transportation and logistics – in the short- to medium-term, oil continues to be a critical asset for many African countries.

Africa’s oil and gas resources are a blessing for the continent’s socio-economic development, and yet production figures towards the end of 2021 represent a growing challenge. Nigeria, for example, with over 36 billion barrels of oil in place has the potential to produce upwards of 2 million barrels per day (bpd). Yet, during December 2021, the country was only producing 1.1 million bpd – resulting in an estimated 2.4-million-barrel loss for the month. Similarly, despite production targets of 1.8 million bpd by 2022, during December 2021 Libya also underperformed, producing on average 1.06 million bpd. However, this was largely attributed to blockades at key oilfields due to political conflict, and the country’s production is starting to increase again.

The impacts of underperformance on African economies will be significant. Notably, with Africa contending with its own energy crisis – whereby over 600 million people are still without access to electricity – a production downturn could further accentuate the crisis. As Dean Foreman, Chief Economist at the American Petroleum Institute describes, “African crude oil and natural gas production adds value to the economy and is an engine for employment, investment, economic growth and innovation.  When this production underperforms, as it has recently, producing nations across the continent lose these benefits, and their global oil market position weakens. Moreover, nations that import refined petroleum products could end up with greater dependence and higher prices to attract products from global markets.”

On the other hand, underperformance in Africa could impact production quotes. Energy Board Executive, Abdur Rasheed Omidiya, extends on this notion, stating that, “Continuous inability to meet OPEC production quota means OPEC may at some point review down the African countries quota and source increase in other member countries which will directly impact the economy as crude oil sales made up to one-third of some government budget revenue and 90% of export earnings.”

These production trends, if continued, will have significant impacts on refineries, as well as domestic energy supply, in Africa. Omidiya describes the current situation as a “double-edged sword, as the shortfalls may impact crude supply with the current increase in demand pushing the crude price higher. This is good and bad news for a country like Nigeria, which should ordinarily earn more foreign exchange from the sale of crude, but now has to deal with paying more subsidy since there’s a positive relationship between the international prices of the commodity and how much Nigerians get the product at the pump.”

One of the primary reasons contributing to continent-wide production declines is the lack of adequate investment across the upstream market. COVID-19 coupled with the global push for an energy transition has led to many international investors pulling out of hydrocarbon projects, diverting capital to green energy. However valuable for the renewables market, this move has proved disastrous for African oil and gas-dependent nations.

Sebastian Wagner, Managing Director of DMWA Resources, credits the production decline to a combination of factors, stating, “The year 2021 brought along multiple divestments in the African upstream sector, which have since impacted production. In addition, the impacts of the pandemic are still being felt as the multiple shutdowns caused snags with restarting oil wells. A disturbing trend has emerged over the years. There has been a decrease in investments in the exploration and development of oil and gas, thus impacting infrastructure and hampering oil and gas production.”

So, what needs to be done to mitigate this trend? Wagner notes “In anticipation to becoming a principal supplier and reviving crude oil output, African governments and policymakers can counter the pressure by attracting more investments into the upstream sector.” Accordingly, the solution lies in the upstream market. Recent developments worldwide have not only emphasized the need to scale-up capital expenditure in African exploration but have reaffirmed the role oil and gas continue to play in the global energy space. Europe’s energy crisis, for example, and the European Union’s decision to label gas as green could represent both a challenge and opportunity for African markets. While the new label could usher in a new wave of investment in Africa, trickle-down effects from Europe’s crisis pose a new challenge.

Foreman explains by stating, “The short-term spillover effect of Europe’s energy crisis has been to raise natural gas and other energy commodity prices, and short of government intervention in markets that could have a cooling effect on prospective investments the current cycle likely needs to work itself out.  Longer-term planning across the African continent could have beneficial effects, both to develop greater resources for African consumption and exports but also potentially to position some producers as pivotal future suppliers to Europe.  Europe’s energy crisis could motivate parties to develop African resources, elevating their market position as a counterbalance to supplies from Russia and global liquefied natural gas (LNG) that could be relatively more expensive to develop and transport.”

In the meantime, the need for accelerated investment in Africa has never been more prominent. “The struggle to increase production is due to years of underinvestment in the upstream oil and gas sector with ageing infrastructure magnified by the recent pandemic and called for no new investment in fossil fuels. The government and oil and gas operators need to find a new way of stimulating investors’ confidence and appetite with 3C’s: Certainty and Consistency in policies and regulatory law and Competitive in business friendliness,” states Omidiya.

The polarizing and misleading campaigns by powerful western groups like Greenpeace against Shell’s 3D seismic survey off the Wild Coast South Africa is wrong. The science does not back their misleading claims and blocking Shell hurts South Africa and many poor people. Exploring energy oil and gas reserves in South Africa does not hurt the country. South Africa is a net importer of oil and gas and depends on foreign countries. Its energy security, development and beating energy should be prioritized. When a responsible and leading explorer is being demonized, it sends the wrong message to investors, creates a volatile market and hurts everyone. Namibia has shown amazing maturity when it comes to Shell’s work in the country and should be commended. We are confident that Shell’s exploration well in the Orange Basin offshore Namibia will be successful. The Graff-1 well is located in Block 2913A in the Orange Basin where Shell is the operator and its partners are QatarEnergy and the national oil company of Namibia, Namcor.

Accordingly, as a whole, Africa needs to ensure both an enabling and attractive environment for investment. There is no need to wait until African Energy Week in October in Cape Town to find solutions. Despite the progress made to date in this area, more can be done to entice global players and international investors into Africa’s market. In line with this, the African Energy Chamber (AEC) – a leading voice for energy in Africa – firmly believes in the role and value that oil and gas play in Africa’s economies. A lot of changes are necessary to give oil and gas companies the incentive to explore in Africa during the current downturn. But we can’t stop there. We need to consider other pain points that discourage foreign operations in Africa and find ways to eliminate those challenges as well. So why not remove this hurdle? Negotiating with trusted explorers would help them avoid unnecessary delays and bureaucratic red tape. Making these changes would still allow them to emphasize their own priorities, and it might also make IOCs more likely to keep exploring within their borders.

“Exploration, Exploration and Exploration. You can’t produce oil and natural gas if you don’t explore. You can’t let radicals stop exploration campaigns and you can’t let bureaucrats kick out companies with poor regulations like the CEMAC forex rules.  Let’s face it, look at Algeria, where oil and gas production rates were already declining in 2019, before the pandemic, largely because of repeated project delays caused by, among other challenges, slow government approval. During four licensing rounds, Algeria saw minimal interest from investors” Stated NJ Ayuk, Executive Chairman of the African Energy Chamber.

“Nigeria, too, is known for the less than speedy pace at which it sanctions exploration projects. Even before COVID-19, its slow movement on this front contributed to a decline in oil production over a 10-year period” Concluded Ayuk.

As the year begins and new opportunities across the continent emerge, the AEC remains committed to helping African producing states accelerate project activities, improve production, and usher in a new era of socio-economic growth and well-being.

FIFA: Constructive talks held with PFA and FIFPRO on future of player welfare

Minister on spot over transfer of Environmental Fund