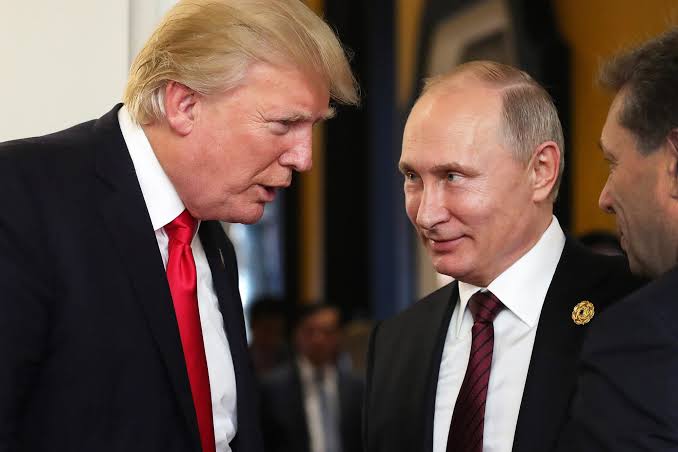 American intelligence officials’ determination that Russia interfered in the 2016 presidential election to assist Donald J. Trump’s candidacy was fundamentally sound and untainted by politics, according to a key Republican-led Senate review released on Tuesday. The findings undercut longstanding allegations by Mr. Trump and his allies that the officials were biased against him.

The Senate Intelligence Committee, which conducted the three-year study, had already given the work of the C.I.A. and the F.B.I. an interim stamp of approval, but the 158-page report on Tuesday presented new detail about the government’s attempts in 2016 and 2017 to make sense of Russia’s attacks. Much of the report’s contents about the so-called Intelligence Community Assessment were considered highly sensitive and blacked out by the Trump administration.

“The I.C.A. reflects strong tradecraft, sound analytical reasoning and proper justification of disagreement in the one analytical line where it occurred,” said Senator Richard M. Burr, Republican of North Carolina and the panel’s chairman. “The committee found no reason to dispute the intelligence community’s conclusions.”

The endorsement by Mr. Burr’s committee comes at a key moment for the intelligence agencies. The Trump administration has stepped up its scrutiny of both the agencies’ examination of Russian interference in 2016 and the origins of the F.B.I.’s Russia investigation around the same time. Mr. Trump’s conservative allies have long painted the bureau’s inquiry as hopelessly tainted by politics even as independent reviews debunked the notion of an anti-Trump plot.
Some of them immediately criticized the Senate report. Fred Fleitz, a former C.I.A. officer who briefly served in the Trump administration, dismissed it as “a whitewash.”

Still, the reception for the findings was muted. When the inquiry began in early 2017, it was one of the most closely followed in the history of Congress, casting a cloud over Mr. Trump’s presidency that could not be dismissed as merely partisan. But with the investigation into the same topic by the special counsel, Robert S. Mueller III, long since put to rest; an impeachment fight over a largely unrelated matter behind the country; and a pandemic currently reshaping every aspect of life, the Russia inquiry has now largely become an afterthought for most Americans.

The Justice Department is examining whether the C.I.A. or other intelligence agencies overstated President Vladimir V. Putin’s support of the Trump campaign, as part of an inquiry being led by John H. Durham, a federal prosecutor. Many Republicans believe that the intelligence agencies overstated Russia’s support for Mr. Trump and argue that Moscow was trying to sow chaos in the United States, not support any one candidate.

Mr. Durham has been interviewing intelligence analysts about the central conclusion of that 2017 report, examining whether Obama-era intelligence officials hid evidence or manipulated analysis about Moscow’s covert operation. Critics of the assessment have focused on the fact that the National Security Agency had a lower level of confidence than the C.I.A. and the F.B.I. on the conclusion that Mr. Putin supported Mr. Trump’s election.

But the Senate report, from a committee led by Republicans, could shore up the intelligence agencies’ conclusions.
“In all the interviews of those who drafted and prepared the I.C.A., the committee heard consistently that analysts were under no politically motivated pressure to reach specific conclusions,” the report said. “All analysts expressed that they were free to debate, object to content and assess confidence levels, as is normal and proper for the analytic process.”

The committee found that the differing confidence levels among the intelligence agencies were “justified and properly represented.” The report said that both John O. Brennan, then the director of the C.I.A., and Adm. Michael S. Rogers, then the director of the National Security Agency, both “independently expressed to the committee that they reached the final wording openly and with sufficient exchanges of views.”

The Senate report also examined the inclusion of material from a notorious dossier showing purported ties between the Trump campaign and Russia. Though elements of the dossier were included in an annex to the intelligence assessment, it “was not used in the body of the I.C.A. or to support any of its analytic judgments,” the senators found.

The dossier was compiled by Christopher Steele, a former British intelligence officer whom the F.B.I. referred to by the code name “Crown,” according to the report. The Steele document included unverified and salacious accusations about Mr. Trump and has become a focus of Mr. Trump’s allies, who have sought to conflate it with the much broader investigation into Russia’s election interference.

The Senate report also stood in contrast to the conclusions in 2018 of the House Intelligence Committee, then under Republican control, which took issue in its own report on Russian election interference with intelligence officials’ conclusion that Mr. Putin tried to harm Hillary Clinton and help Mr. Trump. The House committee cited breakdowns in “proper analytic tradecraft,” but many House Republicans who were involved later disavowed that conclusion.

Earlier volumes released by the Senate committee chronicled Russia’s active measures campaign to interfere in the 2016 election and outlined potential policy measures to blunt future attacks on election infrastructure, examined the use of social media to sow political divisions in the United States and critiqued the response by the Obama administration and Congress to Russia’s attacks in the run-up to the last presidential election.

The committee is expected to release a final bipartisan volume in the coming months evaluating possible coordination between the Trump campaign and Russia. A draft, already approved by the committee, runs over 900 pages but has yet to be submitted for classification review by intelligence agencies, a process that could take weeks or months.
The findings are likely to mirror those in the Mueller report. His team documented voluminous contacts between Russia and the Trump campaign, including a willingness by Mr. Trump’s team to accept Russian assistance during the election, but concluded that it had insufficient evidence to charge any campaign official with conspiracy.

More recently, Mr. Burr, who slowly pushed his bipartisan investigation forward despite calls from Mr. Trump to disband it, has come under intense scrutiny for a decision to liquidate much of his stock portfolio in February, before the coronavirus pandemic ravaged the financial markets. The Securities and Exchange Commission and the Justice Department have taken preliminary steps to investigate whether the sales had been based on nonpublic information Mr. Burr received on the Intelligence Committee or through other Senate work, a potential violation of the law.

Mr. Burr noted that Russia had continued efforts to interfere in American politics, and he said the warnings of three years ago still must be heeded.

“Russia and its imitators increasingly use information warfare to sow societal chaos and discord,” Mr. Burr said. “With the 2020 presidential election approaching, it’s more important than ever that we remain vigilant against the threat of interference from hostile foreign actors.”

Senator Mark Warner of Virginia, the committee’s top Democrat, concurred and warned that Russia’s success in 2016 would embolden the Kremlin to continue to interfere in American democracy.