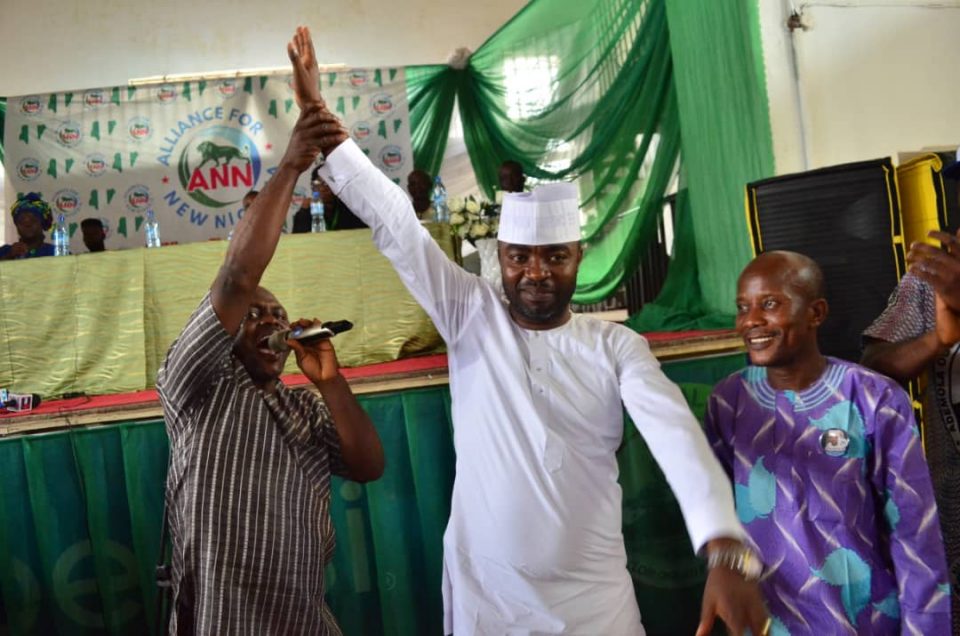 A House of Representatives candidate of the Alliance for New Nigeria (ANN) during the last general elections in Ogun State, Hon. Akeem Amosun, has defected to the Peoples Democratic Party (PDP).

Amosun also led about three thousand supporters to the PDP on Thursday in Abeokuta.

He said his supporters who believed in him followed him to the PDP because they also believed that the party will unsit the All Progressives Congress (APC) in the 2023 general election.

During the official declaration held at Isabo area of Abeokuta, Amosun who aspired to represent Abeokuta South Federal Constituency said he found only the PDP worthy to actualise his political ambitions.

He also hinted that he intends to recontest to represent the constituency in 2023.

“We know that the only two main parties we have in the country and they are APC and PDP and we did analysis and we found that the PDP has good leaders we can work with and it also has the chance at the poll in 2023.

”My over three thousand followers and I are dumping ANN for PDP today, all these people you are seeing are my followers, my people, associates and partners.

”There is no party that does not have internal crises but we believed that crisis in PDP in Ogun State is minimal and it will be resolved soon.

Former House of Representatives member, Hon. Ladi Adebutu, who received the defectors alongside other party leaders called for the unity of all party members in South-West.

He said if all members come together, the party will win the 2023 election by a landslide.

Adebutu also called for a coalition of opposition political parties to oust the APC-led government in the state for “lack of competence and compassion.”

Other party leaders including Alhaja Tutu Bakare, Tosin Sodipe, Hon. Leye Odunjo, Lekan Tejuosho and others were led to the event by Chairman of the party, Hon. Sikirulahi Ogundele.

Buhari is a Tyrant, Has No Human Sympathy- Deji Adeyanju