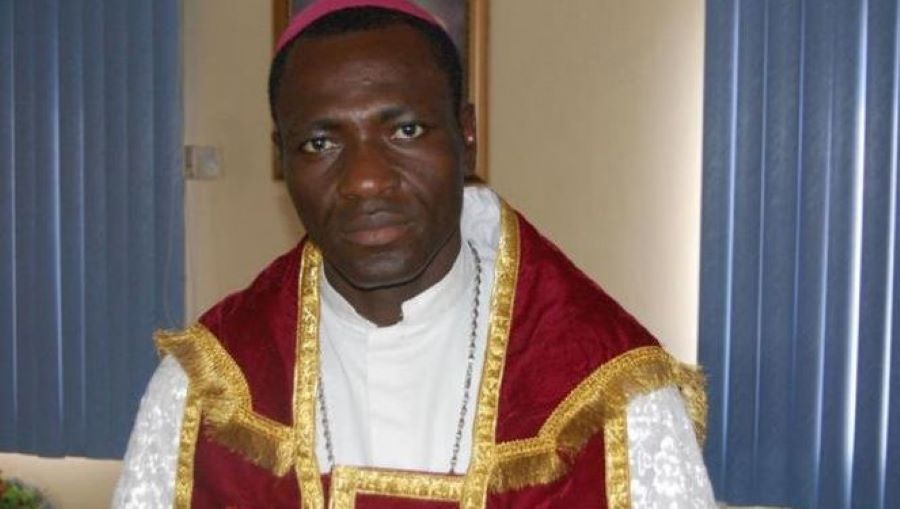 The Archbishop of Resurrection Praise Chapel, Samson Mustapha Benjamin who was arraigned for protesting against Nigerians maltreating of Chinese in China has been granted bail.

The Police in Lagos on Friday freed  Samson Mustapha Benjamin a.k.a. Jehovah Sharp-Sharp.

He was released by the State Criminal Investigation and Intelligence Department (SCIID), Yaba, following an April 22 bail granted him by an Igbosere Magistrates’ Court in Lagos.

Chief Magistrate Yewande Oshin had remanded the defendant in the SCIID’s custody after he pleaded not guilty to a three-count lockdown violation related charge.

The charged, filed against him by the Lagos State Government, accused the cleric and two others of “failure to stay at home contrary to COVID-19 Regulations’ and “conduct likely to cause breach of peace”.

Friday, the cleric perfected his bail conditions and was freed at the Igbosere Magistrates’ Court.

According to the information filed by the prosecution, the cleric allegedly led about 100 persons to the Chinese Embassy on Victoria Island to protest alleged ill-treatment of Nigerians in China.

Archbishop Benjamin was said to have condemned the alleged maltreatment of Nigerians in China by the Chinese despite operating freely in Nigeria.

The Embassy officials sent a video clip of the alleged invasion to the police, which led to his arrest