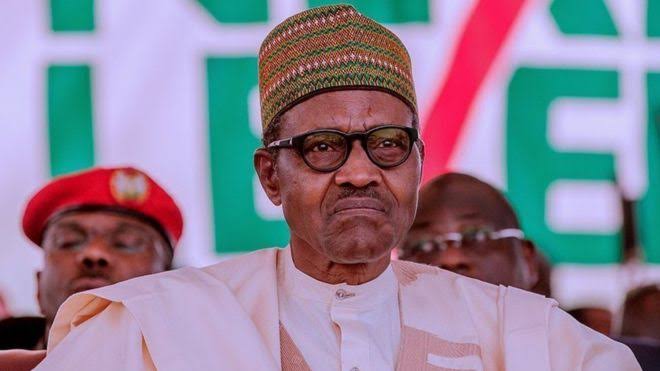 The Federal Government has said that our borders will remain closed because it has reduced the inflow of arms, kidnapping, killer herdsmen and Boko Haram invasion.

The statement made yesterday therefore foreclosed re-opening of the nation’s borders.

According to Minister of Information and Culture, Alhaji Lai Mohammed, 95 per cent of arms and ammunition inflow to Boko Haram, kidnappers, killer herdsmen and bandits has gone down considerably.

Mohammed spoke on a day Association of Nigerian Licenced Customs Agents, ANLCA, staged a protest against the continued closure of land borders and what they described as illegal seizure of legitimate goods which duty had been paid, asking President Muhammadu Buhari to come to their rescue.

The minister stated this at a joint inspection of Exercise Swift Response, ESR, at Seme border, in company of Interior Minister, Rauf Aregbesola; Minister of Foreign Affairs, Geoffrey Onyeama; Minister of State for Finance, Budget and Planning, Clement Agba; Comptroller General of Immigration, Assistant Comptroller General of Customs, traditional rulers and other dignitaries.

He said the Nigerian Customs Service, NCS, and Nigerian Immigration Service, NIS, in collaboration with the Armed Forces of Nigeria, AFN, as well as the Nigeria Police Force, NPF, and other security and intelligence agencies, commenced a joint border security exercise, code-named ‘EX-SWIFT RESPONSE’ in four geopolitical zones of the country, including South-South, South-West, North-Central and North-West on August 20, 2019.

The exercise, according to him, is being coordinated by the Office of the National Security Adviser, ONSA, and is aimed at better securing the borders in order to strengthen the economy and address other trans-border security concerns.

Mohammed said: “Over time, Nigeria has been confronted with numerous trans-border economic and security challenges.

These challenges range from banditry, kidnapping, smuggling, illegal migrants and proliferation of light weapons, among others.

“Unfortunately, experience has shown that our neighbours do not comply with this protocol. Rather, they break the seals of containers at their ports and trans-load goods destined for Nigeria.”

The minister, who expressed satisfaction with success so far recorded by the joint task force, said the singular decision had reduced importation of foreign goods, increased revenue generation and enhanced security. Economy On economy, he said the partial closure of the borders has curbed the smuggling of foreign rice into the country, in addition to other prohibited items.

“Our series of interactions and engagements with Rice Miller Association of Nigeria since the commencement of this exercise has shown that the border closure has enhanced more production and milling of Nigerian rice.

“Patronage of Nigerian rice has increased and farmers are expanding their farms as well as engaging more hands.

Furthermore, the border closure has impacted positively on revenue generation of the Federal Government which in turn will be used to build more infrastructures and develop critical sectors of the nation’s economy.

“The border closure has also curbed diversion of petroleum products from Nigeria to neighbouring countries.”

Security In the area of security, Mohammed said the ongoing exercise has recorded a number of seizures and arrests that would have had grave security consequences.

He said about 296 illegal immigrants had been arrested, listing items seized to include 38,743 bags of 50kg bags of parboiled foreign rice; 514 vehicles; 1,012 drums filled with PMS; 5,400 Jerrycans of vegetable oil; 346 motorcycles; 10, 553 jerrycans of PMS and 136 bags of NPK fertilizer used for making explosives.

Noting that the estimated values of the seized items amounted to about ¦ 3.235 billion, Alhaji Mohammed said: “It is important to note that 95 per cent of illicit drugs and weapons that are being used for acts of terrorism and kidnapping in Nigeria today come in through our porous borders.

However, since this partial closure, the acts have been drastically reduced. ‘’Our conclusion is that the arms and ammunition these terrorists and criminal elements were using no longer gain access into the country.

In addition, the drugs which affect the health and well being of Nigerians have equally been reduced.’’ Political Issues.

He said the government, through diplomatic channels, would continue to engage the nation’s neighbours to agree to comply with the ECOWAS Protocol on Transit.

“Goods that are on the prohibition list to Nigeria, such as rice, used clothing, poultry products and vegetable oil should not be exported to the country.

“As a result of this closure, Niger Republic has already circulated an order banning the exportation of rice in any form to Nigeria.

In addition, the National Assembly has supported the executive directive on the border closure and the efforts of security agencies in executing the task,’’ the minister added.

He assured that the administration would continue to seek the support of all and sundry, including the media, to ensure that the desired objectives of this exercise to promote a secured, peaceful and prosperous Nigeria were fully achieved.

The minister called on all Nigerian local rice consumers to be patriotic by patronizing Nigerian rice, stressing that this would further help the country to attain self-sufficiency in local rice production and boost the economy.

He equally appealed to the business community to see the exercise as an opportunity to further create a conducive environment for local businesses to thrive in the interest of national security and development.

The protesters, who brandished placards with such inscriptions as “Mr President, we can no longer feed our family members; ‘’Buhari, we are dying because of the closure of the land borders; ‘’Mr President, our duty paid goods trapped, locally produced goods not allowed into our local markets’’, accused men of the Nigerian Customs  Service and other security agents of frustrating their lives by seizing goods legitimately imported into the country and their duty paid to the government.

Chairman of ANLCA, Samuel Igbowu, who led the protest, told journalists that over 900 truckloads of duty paid goods of their members were seized at Seme border alone since August, adding that the value of the goods amounted to N5 billion.

He appealed to President Muhammadu Buhari to prevail on the Nigerian Customs Service to release their goods since duty had been paid on them before the enforcement of the border closure three months ago.

Noting that about five owners of the goods had died of heart attack, Igbowu insisted that they had nothing to do with contraband goods and appealed that matter be looked into to enable the owners to pay back the loans they took from banks.

“We are here to show our displeasure over what is happening.  If you look back, you will see a lot of trucks parked, they are carrying imported goods and those goods have been paid for, duty had been paid also.

“They have been trapped here for over three months now, they (Customs) did not allow them to come in. Most of us collected loans from the bank to import and up till now, the goods are not allowed to go in, we cannot sell and we cannot return the money we borrowed.

“So, we are here to show our displeasure and plead to the government to allow those that have already paid duty on their goods to go in. We have paid the normal Customs duty and we have all the documents processed.

“A single truck here paid over N4 million as Customs duty and we have over 900 trucks stuck. We are pleading to the government to please allow those that have paid duty to go in and deliver to our warehouses.

“We are losing money daily; we don’t have contraband goods here; we have goods such as electronics, battery etc. and some of the owners of these goods have died, we have lost over four or five.

We have lost an estimate of over N5 billion since the closure of the border.” Farmers association reacts Also speaking, the Chairman of Farmers Association, Bisiriyu Isiaka, accused men of the Nigerian Customs Service of seizing locally produced goods, such as fish and other farm produce and appealed to government to call them to order.

He said the action had led to untold hardship and suffering of farmers in the area as they could no longer take their goods to the local market, saying the border closure policy could be counterproductive to the economy.

“The fish being caught in the river and the sea are being seized by the Customs and security agencies at Gbaji. So, we cannot take to the market all the coconut we plant and harvest in Badagry.

“They said the coconut is imported and they are not. This product is produced in Badagry.  We can load over 10 trucks of coconut from Badagry for our farms, they will say they want to assess the products, but they cannot identify them.

They don’t have the machinery to differentiate between imported and Nigerian produced coconut. “Fishermen are also suffering.

Potatoes that we farmed and take to the market to sell they also seized. We are appealing to Mr President who said he wants to promote local productions and local farmers to encourage our people here because we are tired of what is happening.

Student Narrates How She Escaped from Kidnappers, Got Them Arrested in Lagos

What I Will Do For Young Nigerians This December – Asisat Oshoala

Atiku vs Buhari: Justice Tank is Secretly Consulting with Presidency Ahead of Setting Up of Supreme Court Panel- Ex-APC Spokesman