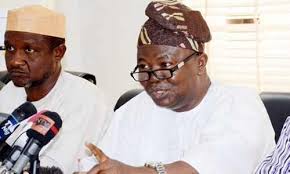 Ogunyemi also explained to the House of Representatives the reasons ASUU was opposed to the IPPIS.

He said it will limit universities and reduce them to mere local universities which cannot attract foreign scholars.

According to him,  when the IPPS was first introduced in 2913 to members of the union, he made union position clear to the government.

”We explained to the Jonathan’s administration on why the policy cannot work and agreeing with the government to set up a joint committee to come out with a workable platform.

”Since the joint committee was set up, the union did not hear from the government until July 2019 when the government came up with threats because they had made up their mind in what to do.

”The union has challenged the government to tell them any country in the world where the IPPIS is used in the university system.

Professor Ogunyemi who decried the government statement that ASUU was opposing IPPIS to encouraging corruption, urged them to carry out their findings properly.

IPOB: Obiano, the Only Governor Who Cares about Kanu’s Family