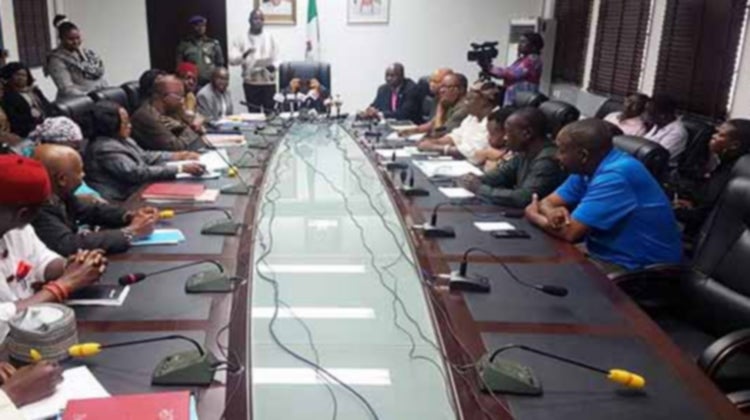 The Academic Staff Union of Universities (ASUU) and the Federal Government are holding a meeting over calling off the two-week warning strike embarked upon by the union.

The meeting is ongoing at the office of the Minister of Labour and Employment, Dr Chris Ngige.

Those at the meeting comprise the Minister of State for Labour and Employment, Festus Keyamo; Accountant General of the Federation, Ahmed Idris; the Minister of Education (State), Chukwuemeka Nwajiuba and the ASUU delegation led by its president, Professor Biodun Ogunyemi.

Ngige said that the meeting would be divided into two sessions, namely the open session and the technical session.

Besides, the discussion on Integrated Payroll Personnel Information System (IPPIS), other issues which are yet to be addressed by the Federal Government includes the revitalisation of University, Earned Academic Allowances.

Recall that ASUU had last week Monday declared a two-week warning strike over the non-payment of salaries to their members who failed to enrol into the federal government’s Integrated Payroll Personnel Information System (IPPIS).

Chad Gets $11.26m AfDB’s Grants  For Women And Girls’ Education