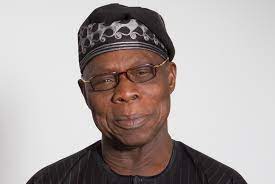 Olusegun Obasanjo, a former president of Nigeria, criticised those who opposed girls’ education by saying, “Woe betide such folks.”
Olusegun Obasanjo gave a speech at a function held in honour of World Diabetes Day this year in Abeokuta, Ogun State.
He claimed that his personal experience with girls’ education led him to add it as a focus area for the Olusegun Obasanjo Foundation.
According to the former President’s father, “the girl-child education finishes in the kitchen,” therefore he decided to have his younger sister quit school.
He stressed that the notion of favouring the education of boys over girls must be “destroyed.”
Obasanjo stated, “When I first began attending school in the village, I had a younger sister who began attending two years after I did. Suddenly, though, our father pulled her out of school because he believed that a girl’s education should stop in the kitchen. I, nevertheless, continued my studies.
You can read more of such stories at The Cheer News
Obi To Soludo: It&#8217;s Your Turn To Deliver As A Professor, I Governed Anambra As A Trader
“And that one decision determined whether she would grow into adulthood or not, whereas I would not. When I get back from the UK, I was going to re-enroll her in school. But by the time I returned from the UK, my wife had married off my sister, putting an end to her schooling.
“I then made a commitment to always do what I can to support the education of girls. And it’s irrelevant that this awful notion that education for girls ends in the kitchen. It is necessary to eradicate the attitude and practise of favouring male children over female children.
“Woe to anyone who tries to demote Iyabo, my firstborn kid. Iyabo will destroy that person, whether it is he or she, he said.
You can read more of such stories at The Cheer News and Credible News

Tinubu: Nigeria’s 2023 Election Is A Battle For Its Soul