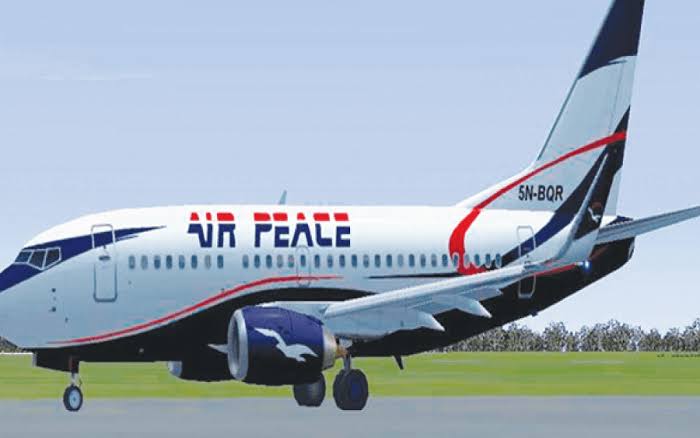 In a statement, the American government said the airline’s Chief of Administration and Finance, Ejiroghene Eghagha, had also been charged with bank fraud and “aggravated identity theft” in connection with the scheme.

“Onyema allegedly leveraged his status as a prominent business leader and airline executive while using falsified documents to commit fraud,” US Attorney Byung Pak, was quoted to have said.

“We will diligently protect the integrity of our banking system from being corrupted by criminals, even when they disguise themselves in a cloak of international business,” he added.

According to Pak, the indictment, and other information presented in court, beginning in 2010, Onyema began travelling frequently to Atlanta, where he opened several personal and business bank accounts.  Between 2010 and 2018, over $44.9m was allegedly transferred into his Atlanta-based accounts from foreign sources.

“Beginning in approximately May 2016, Onyema, together with Eghagha, allegedly used a series of export letters of credit to cause banks to transfer more than $20m into Atlanta-based bank accounts controlled by Onyema.

“The letters of credit were purportedly to fund the purchase of five separate Boeing 737 passenger planes by Air Peace.  The letters were supported by documents such as purchase agreements, bills of sale, and appraisals proving that Air Peace was purchasing the aircraft from Springfield Aviation Company LLC, a business registered in Georgia,” the statement reads in part.

It stated that, however, the supporting documents were fake as Springfield Aviation Company LLC, which is owned by Onyema and managed by a person with no connection to the aviation business, never owned the aircraft, and the company that allegedly drafted the appraisals did not exist.

“Eghagha allegedly participated in this scheme as well, directing the Springfield Aviation manager to sign and send false documents to banks and even using the manager’s identity to further the fraud.

“After Onyema received the money in the United States, he allegedly laundered over $16m of the proceeds of the fraud by transferring it to other accounts,” it added.

Onyema, however, denied the allegations, describing them as false.

In a statement, Onyema said, “I confirm to you that all allegations are false and are in no way in line with my character as a person and as a business man whose only aim has been to build Nigeria and improve wellbeing.

“As the press statement clearly stated, these are indictments that only contain charges.

“I am innocent of all charges and the US government will find no dirt on me because I have never conducted business with any illegalities.”

Onyema said his lawyers had taken over the case.

“I never laundered money in my life, neither have I committed bank fraud anywhere in the world. Every Kobo I transferred to the US for aircraft purchase went through the Central Bank of Nigeria LC regime and all were used for the same purpose.

“The American companies that received the funds are still in business. I never took a penny from any US bank or Nigerian bank.

“I am willing to defend my innocence in the US courts,” Onyema said