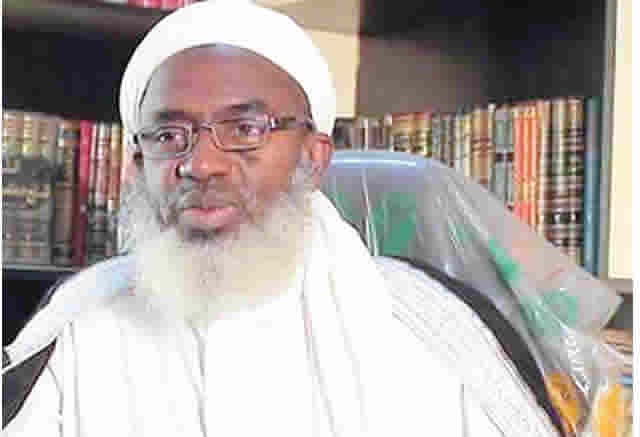 Sheikh Ahmed Gunmi, a renowned Islamic scholar and preacher has said that the killing and kidnapping and bloodshed in President Muhammadu Buhari’s regime is more than his predecessor.

Addressing publicly some Muslim faithful, Gunmi said: ”Why I blamed Jonathan was because there was blood in his hand and Boko Haram is putting bombs everywhere and the Government was not doing enough.”

Though spoken in 2018, Sheikh Gunmi’s statement is much more relevant today.

His words: ”Anybody killed under your regime, you are responsible for that blood. If you have done your best I can say Allah can forgive you but if you are relaxed, no Allah will not forgive you.

”So the same thing now.  The bloodshed now is more than combine together the bloodshed during the Jonathan regime.

”So now you judge yourself. To be fair, our religion is the religion of fairness, let us be fair to ourselves.

”During Jonathan’s time when the blood was flowing too much, churches, mosque and people on the streets said Jonathan should resign because he could not stop the blood flow.

READ ALSO: It May Take 40 Years to Recover from Damage Buhari has Done to Nigeria’s Economy- Sheikh Gumi

”And I said let him resign with immediate effect because I can see that he could not handle the killing of innocent people.

”That was why I called for his resignation and every media house including the newspapers published it. Is that possible today? There is laziness and I don’t care attitude from this government.

”What I meant by I don’t care attitude is that when there is killing everywhere and the government is busy attending wedding everywhere.

”As bad as Jonathan was, he is more democratic because he gave people the freedom to speak even against him. When he saw there was a problem, he relinquished power because he said he does not want the blood of men

”Jonathan built nine universities in the Arewa and 150 Almajiri schools in the north. Even when you are going on road from Kaduna to Abuja, you will see that he did a lot of things.

”I was against him because of the blood that was shed in his administration. Blood is the most expensive thing you can talk of that was why I said he should resign.

”Now if I cannot tell my own brother what I have told Jonathan, then I have to go Abuja and tell him that please forgive me for castigating you in public.

”I rather seek his apologies or castigate the president too. People are dying in this government, everyday kidnapping.

”People are suffering and nobody can say it because they have to take our throats, they don’t want to hear anything bad against the man.

” When people take somebody up, people need to bring him down to show that he is a human being.

”Buhari is full of mistakes, serious mistakes. He is a human being like any other person. I swear that there are many people in the North who can perform better than him.

”People are cleaving to him because they are using him as a ladder to climb up to power. And these people are not among us.

”Let the government decide whether I should go to the newspapers and apologize to Jonathan or castigate Buhari like I castigated Jonathan. The government should decide.”