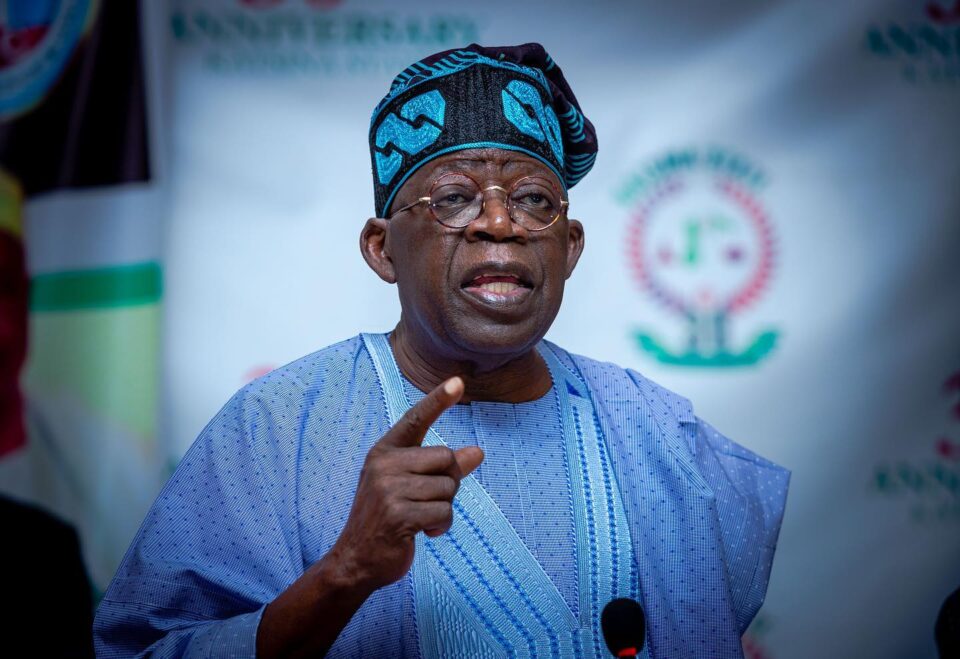 Bola Ahmed Tinubu, the APC presidential candidate, has the freedom to choose which events he would attend, according to Tijani Tumsah, coordinator of the Tinubu/Shettima Support Group for the North-East.
On Sunday’s episode of Sunday Politics on Channels Television, Tumsah made this statement.
Bola Ahmed Tinubu had recently been under fire for skipping the signing of the 2023 election peace pact, where he was supposed to be represented by Kashim Shettima, his running mate.
Tumsah asserts that Tinubu is unable to attend every event simultaneously and that he will be adequately represented at the events he can attend.
You can read more of such stories at The Cheer News
Peter Obi Cannot Survive Tinubu&#8217;s Debate For Five Minutes- Fani Kayode
Christian Youth Group Felicitates Remi Tinubu At 62
The presidential candidate will choose which events he will attend, and he will be skillfully represented at those he cannot. Additionally, someplace else organized a composite rally in addition to the one in Laghos. Therefore, the presidential candidate does not have to be at both locations at once. Given the variety of activities that take place, it is unreasonable to anticipate that the presidential candidate will attend each one simultaneously.
When asked if Tinubu will visit each of the 36 states of the federation during the party’s election campaign, Tumsah said he would, just like he did during the primary contest.
Yes, he would. He campaigned in each state in the union during the primary elections, and he will do the same for the general elections.
You can read more of such stories at The Cheer News and Credible News

Suicide! One Too Many Among Students, 3 In One Week!