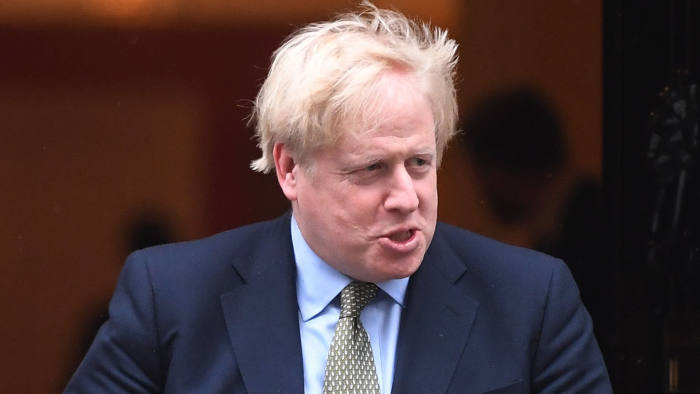 Prime Minister Boris Johnson was moved into intensive care on Monday, according to a statement from his office.

Earlier Monday, British officials had given assurances that he was healthy enough to run the country, but some unease arose over a lack of information on his condition.

Mr Johnson wrote Monday on Twitter from a hospital in London that he was “in good spirits,” and Foreign Secretary Dominic Raab, who is standing in for him, said Mr Johnson was working from his bed and remained “in charge” of the government.

But Mr Raab admitted that he had not spoken to the prime minister since Saturday, and some commentators expressed concern about the persistence of virus symptoms about 10 days after the prime minister’s case was diagnosed.

Andrew Neil, one of Britain’s most prominent interviewers, asked on Twitter why Mr Johnson had not spoken to his stand-in, Mr Raab, since Saturday. “Something not right here,” Mr Neil added.

British officials say they are not going to give constant updates on Mr Johnson’s condition and declined to comment on reports that the prime minister had received oxygen when he arrived at St. Thomas’ Hospital on Sunday.

Mr Johnson, 55, first experienced the symptoms of the virus on March 26, was tested that day and received the positive result around midnight, going into self-isolation in Downing Street, but chairing meetings by video link.

He was expected to resume normal working at the end of last week but on Friday Mr Johnson’s aides said that he still had symptoms, especially a high temperature, and had not ended his self-isolation. In a video statement in which he explained the situation, he still looked unwell.

Several other key figures in the government have self-isolated after suffering symptoms of the coronavirus, including the health secretary Matthew Hancock, who has now returned to work, and the chief medical officer, Chris Whitty. Mr Johnson’s partner, Carrie Symonds, who is pregnant, disclosed on Saturday that she, too, is suffering symptoms.

The announcement of Mr Johnson’s hospitalization came hours after Queen Elizabeth II issued a rare televised address on Sunday, attempting to rally her fellow Britons to confront the pandemic with the resolve and self-discipline that have seen the nation through its greatest trials. The appearance was only the fourth time in her 66-year reign that the queen has addressed the British people, apart from her annual Christmas greeting.

“I hope in the years to come, everyone will be able to take pride in how they responded to this challenge,” the queen said. At least 40,000 people in Britain have been infected, including her eldest son and heir, Prince Charles, and several members of the government.