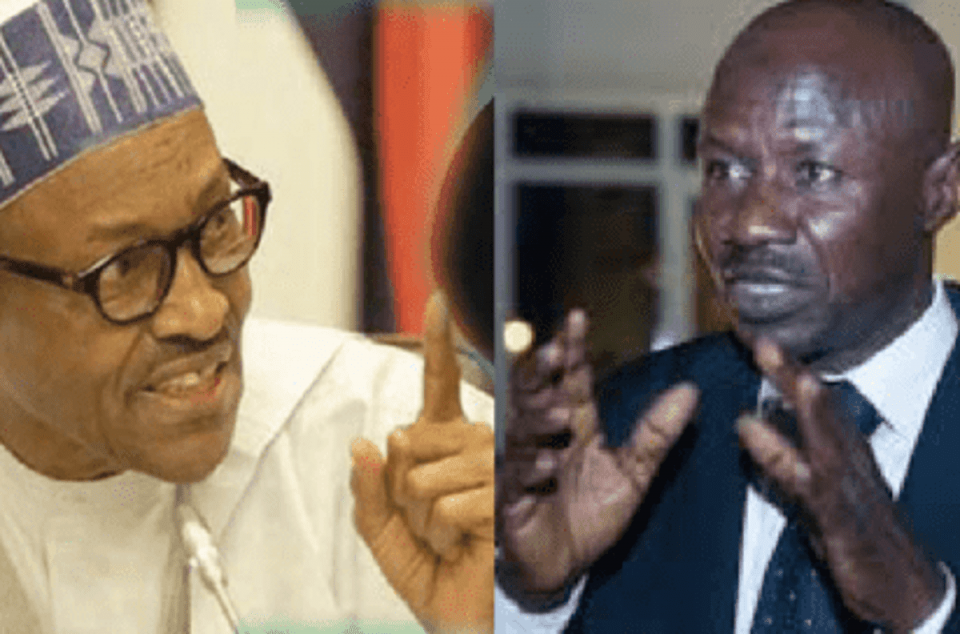 While the investigation on the allegation of corruption levelled against the acting chairman of the Economic and Financial Crimes Commission, Ibrahim Magu, is ongoing, President, Muhammadu Buhari has pronounced his suspended. TheCheer, has confirmed.

It was gathered that the suspension of Magu as the Acting EFCC boss would enhance proper and unbias investigation into the sundry issue of corruption levelled against him.

Before his suspension, a 22-man panel headed by Justice Ayo Salami quizzes Magu on Monday till midnight and started today Tuesday on the issue of corruption.

He is facing allegations of corruption levelled against him by the Attorney General of the Federation and Minister of Justice, Abubakar Malami.

Below are some of the allegation the panel is grilling Magu on.

•Alleged discrepancies in the reconciliation records of the EFCC and the Federal Ministry of Finance on recovered funds
•Declaration of N539b as recovered funds instead of N504b earlier claimed
•Insubordination to the Office of the AGF
•Not providing enough evidence for the extradition of Diezani Alison-Madueke
•Alleged late action on the investigation of P&ID leading to a legal dispute
•Not respecting court order to unfreeze an N7b judgment in favour of a former executive director of a bank
•Alleged delay in acting on two vessels seized by Navy
•Alleged favouring of some investigators called Magu Boys
•Reporting some judges to their presiding officers without deferring to the AGF
•Alleged sale of seized assets to cronies, associates and friends
•Alleged issuance of investigative activities to some media prejudicial to some cases.