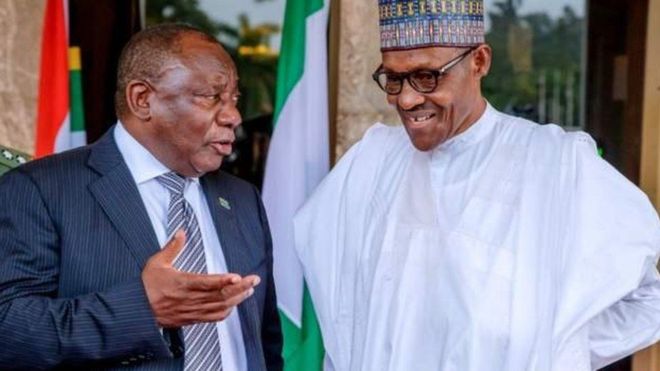 President Muhammadu Buhari is expected to pay a state visit to South Africa in October. The South African presidency said on Saturday after a spate of xenophobic violence in Johannesburg caused tensions between the countries.

South Africa’s Presidency said: “Buhari’s visit is meant to reinforce the strong bonds between the two countries and jointly develop responses to challenges affecting people and businesses in South Africa and Nigeria.”

South Africa’s financial capital and surrounding areas were rocked by a surge of deadly attacks against foreigners this week. Many of the attack was directed against Nigerian-owned businesses and properties.

At least 10 people were killed in the violence and hundreds of shops destroyed.

Foreign workers are often victims of anti-immigrant sentiment in South Africa — the continent’s second-biggest economy after Nigeria — where they compete against locals for jobs, particularly in low-skilled industries.

More than 420 people have been arrested since the violence flared up on Sunday.