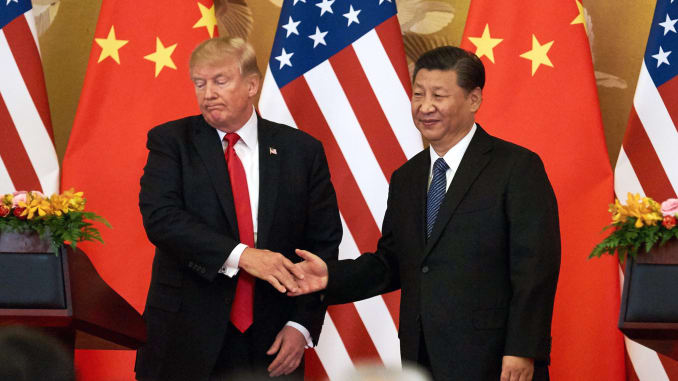 Chinese Foreign Ministry spokesman Zhao Lijian Friday urged the U.S. to settle its differences with China and cooperate to end the pandemic for the sake of reviving the economy and rebooting global industrial production.

Zhao said this at a media briefing while commenting on U.S. President Donald Trump’s warning that bilateral ties might be halted over Beijing’s alleged responsibility for unleashing the coronavirus.

On Thursday, Trump said in an interview with Fox News that the U.S. might cut all ties with China in light of Beijing’s coronavirus-related policies.

“The stable development of U.S.-Chinese relations is in the fundamental interest of people from both countries and is also favourable for global peace and stability.

“China and the United States should now strengthen cooperation in combating the COVID-19 epidemic in order to defeat the coronavirus as soon as possible, cure patients, resume production, and develop the economy,” the spokesman said.

Trump has repeatedly claimed, although with no evidence provided, that the virus that caused deaths, lockdowns, and economic standstill all around the world had in fact been developed in a lab in Wuhan, a Chinese city in the Hubei province from where the first reports of an abnormal respiratory disease came last December.

The U.S. president has threatened China with consequences if its responsibility for unleashing the virus gets proven.

Asked by the host on Thursday to comment on a statement by one of the U.S. senators that the U.S. could stop issuing visas to Chinese students in retaliation, Trump said that his country could possibly go as far as cutting all bilateral ties altogether.

China has so far consistently denied the accusations, stressing that its policies were transparent throughout the outbreak. (Sputnik/NAN)

FG Directs Relocation Of Aviation Agencies To Abuja In 45-Day