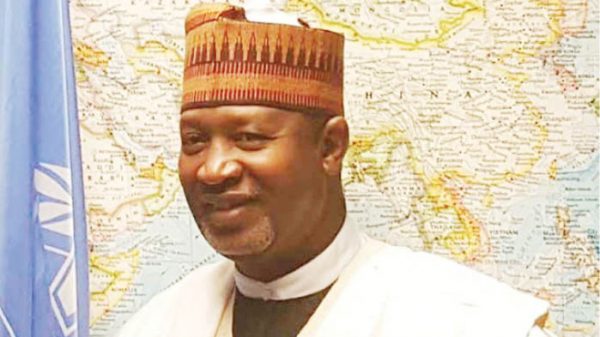 Minister of Aviation, Hadi Sirika has given 45 days ultimatum to all aviation agencies to relocate their corporate headquarters to the Federal Capital Territory ( FCT), Abuja.

In a letter dated 4th May 2020 from the Ministry FMA/PMD/7061/T/4 signed on behalf of the Minister of Aviation by the director, Human Resource Management Muhammad Shehu hinged the decision on the current global economic situation and the need to reduce the cost of governance

The letter read: “ I am directed to remind you of a Presidential directive issued in 2012 requesting all agencies under the Ministry of Aviation to relocate their corporate headquarters to the Federal Capital Territory ( Abuja ) for efficient and effective coordination and enhanced service delivery and note that eight (8) years after the directive, the agencies are yet to comply.

“Accordingly, considering the current situation and the economic impact worldwide as well as the need to reduce the cost of governance and manage scarce resources in a sustainable way, it has become imperative and further to the Minister’s directive (Copy attached) to request that you facilitate and complete the relocation of your corporate headquarters within the next forty-five (45) days in line with this earlier directive.

An endorsed copy received by FAAN’s Laison Office in Abuja on May 06, 2020, directed all directors to coordinate effective mobilization to achieve the directive on time on its meeting agenda for the week after,

In a related development, unions in the sector have written a petition to Sirika urging him to promptly intervene in the recommendations of the Oronsaye Report proposing the merger of NAMA, NCAA and NIMET into the Federal Civil Aviation Administration.

In a jointly signed letter, the National Association of Aircraft Pilots and Engineers ( NAAPE), Air Transport Services Senior Staff Association ( ATSSSAN ) and Association of Nigerian Aviation Professionals ( ANAP) , they appealed to the minster to prevent the destruction of the air transport industry with the execution of the Oronsaye Report portends for the industry.

In the petition dated 13th May 2030, they described as anachronistic the recommendations that dared to merge service providers agencies with their regulators.

The unions described as sickening any plans to merger NAMA and NIMET with NCAA.

They argued that the government should not uphold the recommendations because such merger service providers with regulators will put the merged entity in a position of conflict of interest.

Kalu Speaks 8 Hours after Tribunal Sacks Him As Senator