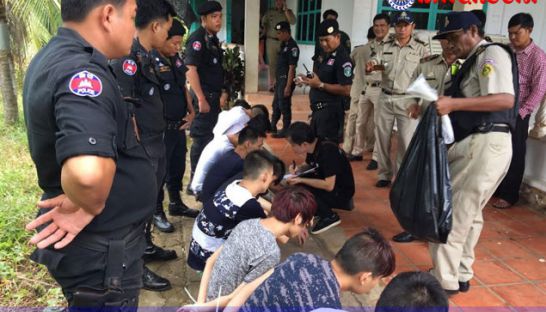 In 2018, police in the city of Zhoushan cracked down on several cases in which suspects organised gambling in group chats on social media platforms through a mahjong app.

After investigation, police found that Zhoushan had 220,000 registered users of the app by early 2018, with daily active users exceeding 20,000.

According to the police, the app was developed by a tech company in Shanghai, which had developed more than 30 kinds of gambling apps involving over 20 provinces and cities, including Shanghai, Shanxi, and Hebei.

The police received a tip off in June that partners of the company would meet in Shanghai on June 18.

Zhoushan police then cooperated with their counterparts in Shanghai and busted the gang.

The police said 46 of the suspects had been transferred for prosecution so far.

Most Bad Roads, within the Purview of States- FG

Restructure of Nigeria Is Key, But FG, Senate Won’t – Jega