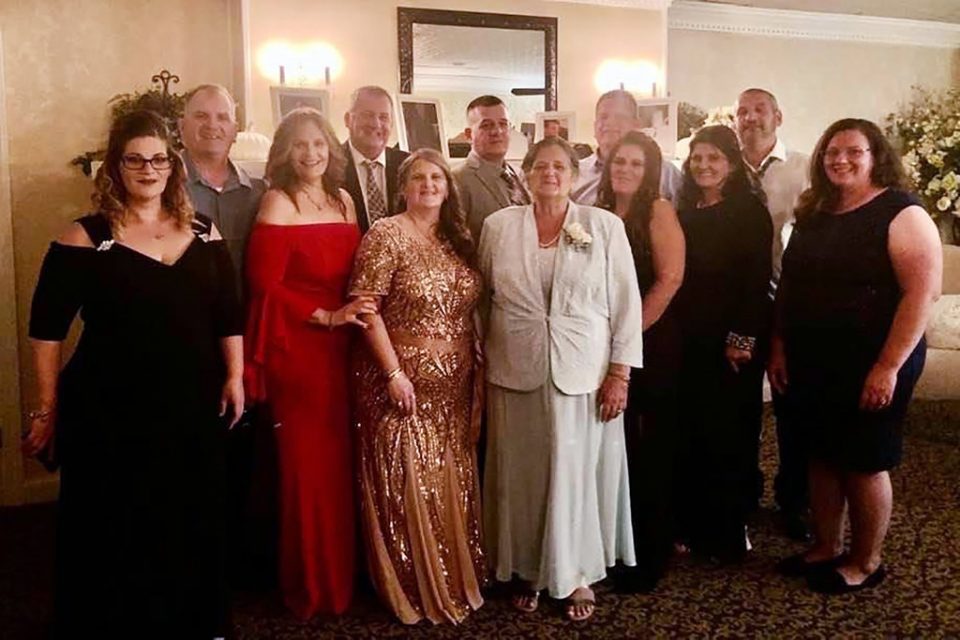 Grace Fusco, center, and her 11 children in a family photo.

Italian-American, Mrs Fusco, 73, died on Wednesday night after contracting the coronavirus — hours after her son died from the virus and five days after her daughter died, a relative said.

Grace Fusco — mother of 11, grandmother of 27 — would sit in the same pew at church each Sunday, surrounded by nearly a dozen members of her sprawling Italian-American family.

Sunday dinners drew an even larger crowd to her home in central New Jersey.

Now, her close-knit clan is united anew by unspeakable grief: Mrs Fusco, 73, died on Wednesday night after contracting the coronavirus — hours after her son died from the virus and five days after her daughter’s death, a relative said.

Four other children who contracted the coronavirus remain hospitalized, three of them in critical condition, the relative, Roseann Paradiso Fodera, said.

Mrs Fusco, of Freehold, died after spending Wednesday “gravely ill” and breathing with help from a ventilator, unaware that her two oldest children had died, Ms Paradiso Fodera said.

Nearly 20 other relatives are quarantined at their homes, praying in isolated solitude, unable to mourn their deep collective loss together.
“If they’re not on a respirator, they’re quarantined,” Ms Paradiso Fodera said. “It is so pitiful,” she added. “They can’t even mourn the way you would.”