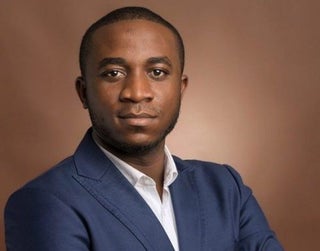 The Federal High Court in Lagos on Thursday ordered the permanent forfeiture of N280,555,010.65 “warehoused” in the bank accounts of Invictus Oil and Gas Limited and Invictus Investment Limited.

The Economic and Financial Crimes Commission told the court that the two firms were owned by Obinwanne Okeke, “a strong leader of a cyber crime syndicate that specialised in business e-mail compromise.”

Justice Rilwan Aikawa made the forfeiture order following a motion by the EFCC praying for same.

The judge had, on October 9, ordered the temporary forfeiture of the money.

He ordered the EFCC to publish the interim forfeiture order in a national daily and adjourned till Thursday (today) for anyone interested in the money to appear before him to give reasons why the money should not be permanently forfeited to the Federal Government.

At the resumed hearing on Thursday, EFCC lawyer, Rotimi Oyedepo, said the anti-graft agency had published the interim forfeiture order as directed by the court.

Oyedepo said as there was no opposition, the judge should order the permanent forfeiture of the money to the Federal Government.

After listening to the lawyer, Justice Aikawa ordered the N280m to be permanently forfeited to the Federal Government.

The judge ruled, “I have seen the application seeking the final forfeiture of the sum of N280.5m warehoused in the two bank accounts, which was reasonably suspected to be proceeds of unlawful activities.

“I am satisfied that the requirements enumerated under Section 17 of the Advance Fee Fraud and other related Offences Act have been met by the applicant in this suit; consequently, this application is hereby granted as prayed, as it remains unchallenged.