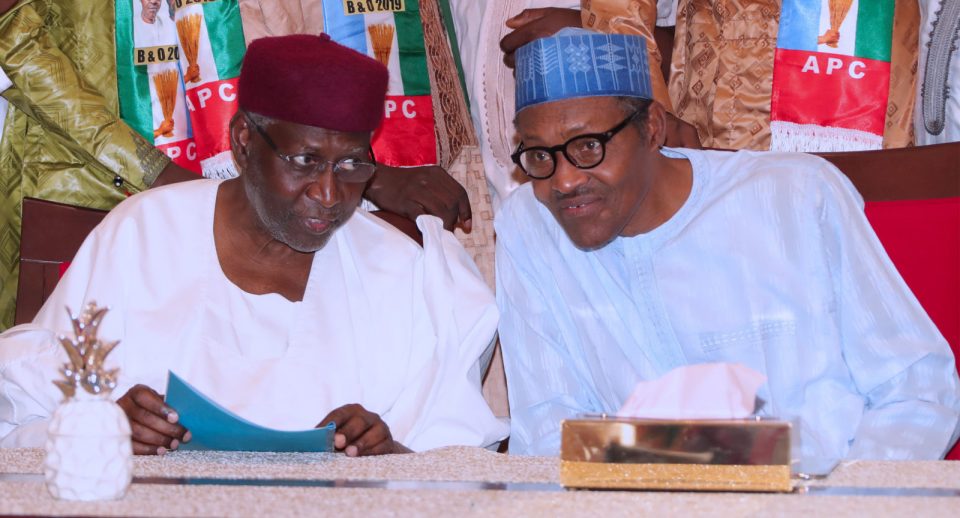 President Muhammadu Buhari has tested negative of COVID-19 while his Chief of Staff, Abba Kyari was tested positive on Monday for the deadly coronavirus.

It was gathered that Buhari had subjected himself to be screened after the result of Kyari’s test conducted Sunday came in positive on Monday.

It was gathered that Kyari who’s also a close relative of the President, had developed a severe cough, one of the symptoms of the COVID-19 which exhibited during a meeting on containing the COVID-19 pandemic in Nigeria all through Sunday.

According to reports, Kyari travelled to Germany through Egypt on Saturday, March 7 to meet with officials of Siemens in Munich on the Nigerian electricity expansion programme and returned with no symptoms.

According to statistics, Germany has 29,056 infections and 123 deaths while Egypt has recorded 14 fatalities from 327 cases.

Kyari remained asymptomatic and held several meetings with Buhari, Vice President Yemi Osinbajo, ministers and other members of the Federal Executive Council (FEC) until the cough manifested during the meeting on Sunday.

He was said to have voluntarily submitted himself for testing and was informed of his status Monday which prompted President Buhari to undergo screening for the virus.

The latest development comes hours after a leaked memo showed Kyari telling Nigerian legislators, who recently returned from foreign trips, to submit themselves for Coronavirus test.

It also comes after Aisha Buhari, wife of Nigeria’s President, disclosed that one of her daughters was in self-isolation after returning from the United Kingdom (UK), a high-risk country.

FG Reveals Why Nigerians Must Pay More For Fuel