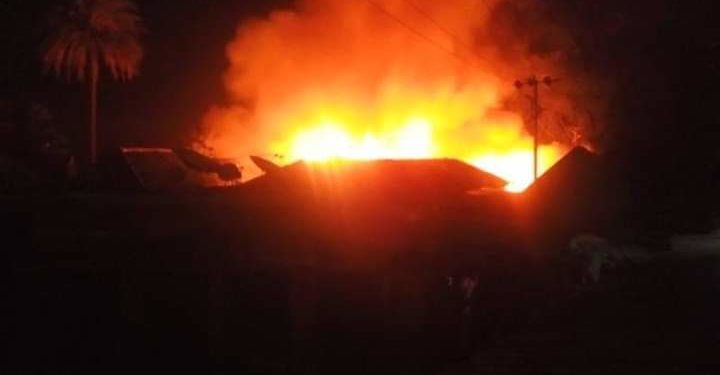 Twelve corpses were burnt by fire at the morgue of the Obafemi Awolowo University, Ile-Ife, Osun State.

It was gathered that there was fire outbreak following a power surge around 3.00 an on Tuesday at the Department of Anatomy and Cell Biology at the Obafemi Awolowo University, Ile-Ife, where the corpses were kept.

An informed source disclosed that twelve out of 102 bodies that were kept in the morgue were affected by the fire outbreak.

According to the source, who preferred not to be named, it was combined efforts of the Security and Fire Services Unit of the university that averted the spread of the fire.

Meanwhile, the university authorities have made an arrangement to inform those who have kept bodies (corpses) in the morgue about the incident.

The Public Relations Officer of the university, Mr. Abiodun Olarewaju, in a statement, said the Vice Chancellor, Prof. Eyitope Ogunbodede, had led principal officers of the OAU to the scene of the incident to assess the level of damage.

Olarewaju, who said the vice chancellor during his visit ordered immediate repairs of the affected areas, disclosed that the Vice-Chancellor has also constituted a three-member committee to look into the immediate and remote causes of the fire outbreak.

Maradona Resigns as Coach in Argentina