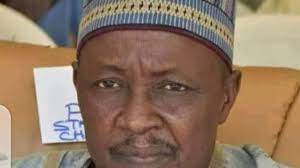 Dr. Ahmed Sani Kaura, the leader of the opposition Peoples Democratic Party (PDP) in Zamfara state, has passed away.
Dr. Ahmed Sani Kaura passed away immediately after attending a Wednesday peace meeting sponsored by the Zamfara state chapter of the Nigeria Council of Ulamah.
APC tries to paint a crumbling structure in the Naira redesign, according to the PDP
Youths in Anambra may no longer be duped by Peter Obi’s “Obidient mantra” — PDP
You can read more of such stories at The Cheer News.
Things That Cause Muscle Or Leg Cramps At Night And What To Do
Groups of People Who Should Regularly Consume Beans
Faruku Ahmed Gusau, the party’s secretary, claimed that the chairman, who had been asked by the Council of Ulamah to attend a meeting on how to avoid political thuggery in the state together with PDP stakeholders, became ill as soon as he finished speaking at the event.
Gusau claimed that after being found, he was immediately taken to a nearby private hospital, where physicians declared him dead.
All the political parties in the state will attend a conference to be made aware of ways to ensure the peaceful conduct of the general elections in 2023 by the Nigeria Council of Ulama.
The deceased chairman, who was 62 years old, left behind two wives and six children.
You can read more of such stories at The Cheer News and Credible News

3 Results From Eating Boiling Eggs In The Morning