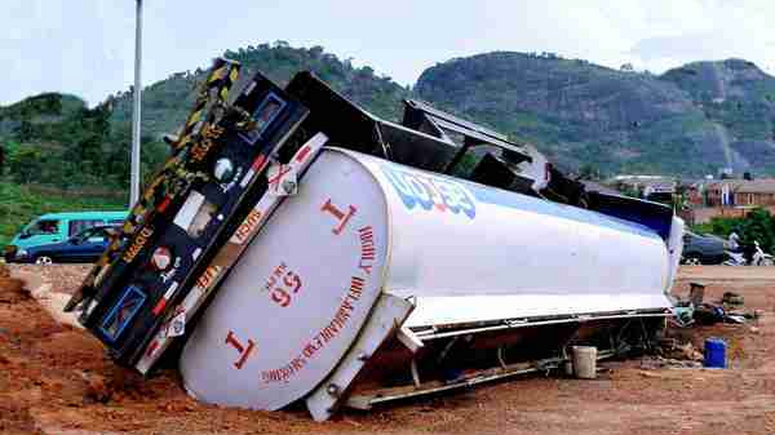 The Ogun Traffic Compliance and Enforcement Corps has narrated how a driver was crushed to death in an accident involving two trucks around Conoil Bus-Stop, along the Lagos-Abeokuta expressway.

Owode-Ijako Unit Commander of TRACE, Mrs Temitope Oseni, said in Ota, Ogun State, that the accident happened at about 3.00 p.m. on Monday.

Oseni said a tipper with registration AKD 411 XJ and a truck of the Nigerian Breweries, marked FST 115 XN, had slightly hit each other; a situation that was amicably resolved by other drivers around.

The unit commander said the tipper driver was, however, adamant, thereby, jumping on the truck of the Nigerian Breweries’ driver.

“Unfortunately, his legs slipped off the vehicle and as he fell under the tyre, he was crushed to death on the head,” she said.

The body of the driver, Oseni said, had been taken away by the relatives for immediate burial.

She, however, said normalcy had since been restored to the highway to ease the free flow of traffic.

She advised motorists to always exercise patience, especially in the face of conflicts.

Read What Funny Monkeys Does To Testing Laboratorty