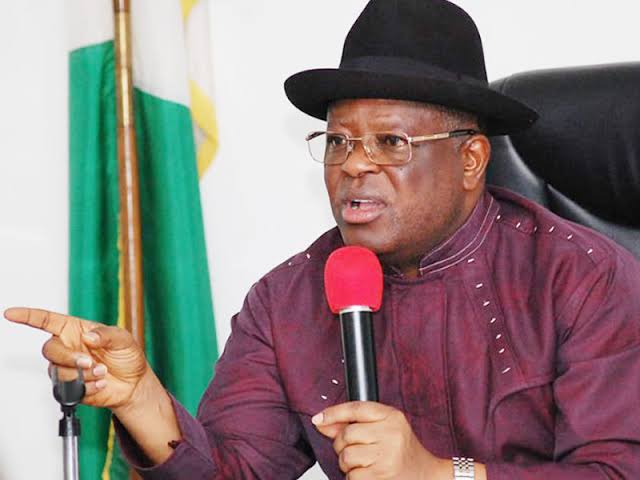 Gov. David Umahi of Ebonyi has ordered that all buildings, lands and related properties within Abakaliki and other urban cities be re-certified.

Umahi gave the order on Thursday in Abakaikil while inaugurating the newly installed automation server at the state’s Ministry of Lands and Survey, noting that it was in the state’s interest.

The governor ordered that all re-certified properties must be captured in the ministry’s database and all government lands captured with all coordinates.

This will ensure that anyone who wants to obtain Certificate of Occupancy (C-of-O) will have it tested to see whether it encroaches on government land or not.

“This will make such lands not to be approved as all lands must-have titles,” he said.

He thanked the Ministry of Lands and Survey and the Board of Internal Revenue (BIR) among others for making the initiative possible.

“I have instructed the Secretary to the State Government (SSG) to prepare a letter for me to the state House of Assembly for a law to make Afikpo, Ohoazara and Ivo urban areas.

“This will enable us to start collecting rent from those areas, as all Local Government Areas (LGA) within the capital are urban areas,” he said.

“These title/deed documents include statutory C-of-O, Deed of Assignment, Deed of Legal Mortgage, Deed of Sub-Lease, Deed of Assent and Power of Attorney among others.

“The Ebonyi land registry was automated in 2009 but the automation server served for some years and developed a fault.

“The governor is aware of these anomalies, decided to salvage the situation by installing a server- Intel Xeon E-5, 2630-@2.40 GHz capacity.

“The server is above the former installation, has 10 work-stations and its ancillaries, guarantees the full life span of the machine and solves the problem of power supply,” he said.

He said that the public who engaged in a transaction with the state government would benefit tremendously from the exercise with a sense of relief to conclude transactions.

“The real estate developers and financial institutions will see it as a gold mine, while the state’s IGR will increase significantly,” he said.

Coronavirus: Overview of Cases in Seychelles